Dear Gov. Beshear, please care for the unborn as well as you do everyone else 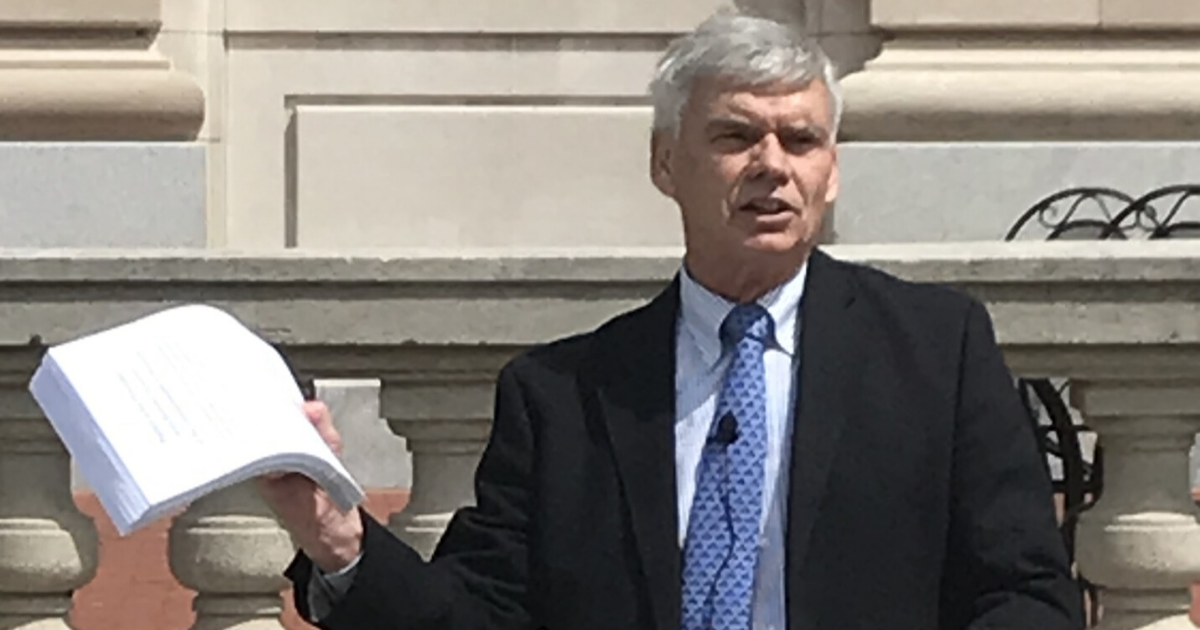 Thank you, Gov. Beshear, for working diligently on the COVID-19 pandemic for all Kentuckians. I am sure that you could be critiqued for “missing this” or “overstating that,” but all-in-all, given what we know, and more importantly, given what you know, you’ve done a good job, thus far, in this whole new horizon of public health issues the pandemic has raised.

That said, if you don’t mind a lighted-hearted jest, let me advise you not to quit your day job for becoming a TV personality or talk show host — I think you’ll do better in politics . . .

But, more seriously, I would like to point out that there is one inconsistency you have not addressed forthrightly – the question of the ongoing operation of the abortion industry during this public health crisis. I fear that, like you often charged the previous Governor, you are guilty of a favoritism and a bias that places you above the law.

You were raised in a pro-Planned Parenthood and pro-choice philosophy. Clearly, in America, it is not a crime to hold pro-choice views. However, the uneven handling of the abortion clinics, at this time, is placing your personal abortion perspective above the orders and guidelines that everyone else must follow. Consider:

Social Distancing: For weeks, the abortion center’s cadre of “clinic escorts,” broke the social distancing rules as they engaged incoming patients, stopping just days ago. At least one patient left the clinic, after being confronted by the total lack of social distancing within the clinic’s walls.

The Need for Personal Protection Equipment: Repetitiously on your 5 p.m. daily updates, you have called for donations of PPE for health care workers because the supply is short, yet the clinic cranks on, consuming the same.

Elective Surgery Ban: The clinic is “pro-choice.” We’ve been told it is clearly a surgery based on a “private, personal decision,” but the abortion center has not been closed or shuttered like ALL other non-emergency, elective surgery centers.

My neighbor is an anesthesiologist. He’s part of a 15-member physicians’ group that specializes in heart surgeries. The group has all but shut down because many of their planned cardiac procedures COULD be delayed. But abortion physicians continue?

Your Travel Ban: Long after you placed a ban on interstate travel without a required 14-day quarantine, patients have come to the abortion center from Tennessee, Indiana, Ohio and West Virginia.

When asked by the media about the clinic’s continued operation, you have simply ignored their question. And to their shame, they have not pressed it.

Why have you looked the other way? Why the apparent double standard?

Worse, not only has the existing abortion clinic continued to operate, but another has opened during this season of crisis – apparently with your blessing. (Planned Parenthood in Louisville.)

The facts speak for themselves: Since early March until April 22, when the virus began to arise in Kentucky, the state has reported 185 deaths by COVID-19. In that same time period, according to pro-life witnesses, at least 644 women have entered the EMW Clinic. You clearly are a compassionate man, so let’s save lives on BOTH ends of the spectrum.

You can change this course by having someone else (the Attorney General) assess the questions that are generated by what has been discussed above. Simply allow Senate Bill 9 – the “Born Alive Infant Protection Act – to become law. SB 9 requires that medical aid be given to every newborn infant, even those born alive in an abortion clinic and it gives the Attorney General’s office the authority to investigate abortion clinics according to the law.

Having once been the state’s Attorney General, I’m sure you can trust another with such authority.

And again, thank you for your COVID-19 efforts. We have followed you faithfully regarding COVID-19; please faithfully follow the wishes of the Kentucky citizenry on Senate Bill 9.

Kent Ostrander is the executive director of The Family Foundation of Kentucky.

← PRESS RELEASE: Family Group Wants to Prevent Even More Loss of Life U of L’s significant ties with abortion unmasked →