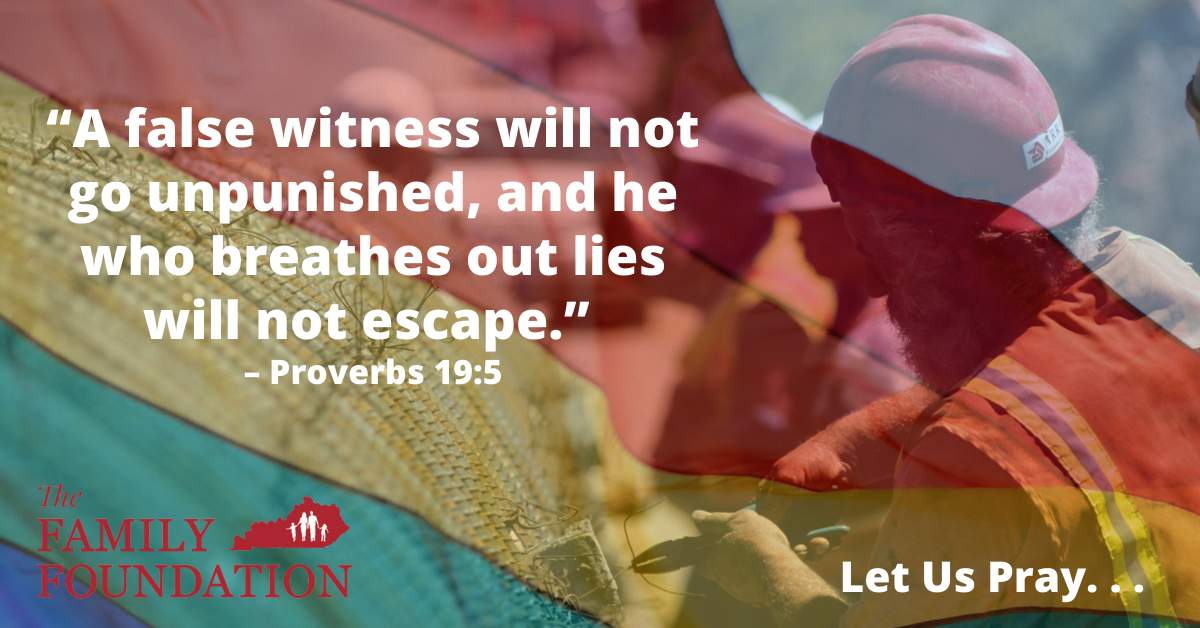 “A false witness will not go unpunished, and he who breathes out lies will not escape.” – Proverbs 19:5

The piece of legislation, however, contains troubling LGBTQ+ language and motives.

The infrastructure bill states, “No individual in the United States may, on the basis of actual or perceived race, color, religion, national origin, sex, gender identity, sexual orientation, age, or disability, be excluded from participation in, be denied the benefits of, or be subjected to discrimination under any program or activity that is funded in whole or in part with funds made available to carry out this title.”

Commentators have noted the use of the word “perceived” will be used to target entities for acknowledging biological sex in areas such as sports, where men who claim to identify as female are being allowed to play on women’s teams

Entities that receive funding from this legislation that do not adopt and adhere to the far-left’s understanding of sexual orientation or gender identity are subject to be punished with legal action. The infrastructure bill is nothing more than a mask that was placed on a radical bill to pass legislation promoting the extreme LGBTQ+ agenda. Highways, roads, and bridges are no place for radical social experimentation.

LET US PRAY . . .
Father, please protect America from the potential harm that could come with this bill. Lord, help our elected officials to understand the negative consequences that follow when a nation rejects Your principles and standards. Father, help us, as Your people, to always stand firm on Your Word for Your truth. Father, please bring our nation collectively back to You. In Jesus’ Name, Amen.