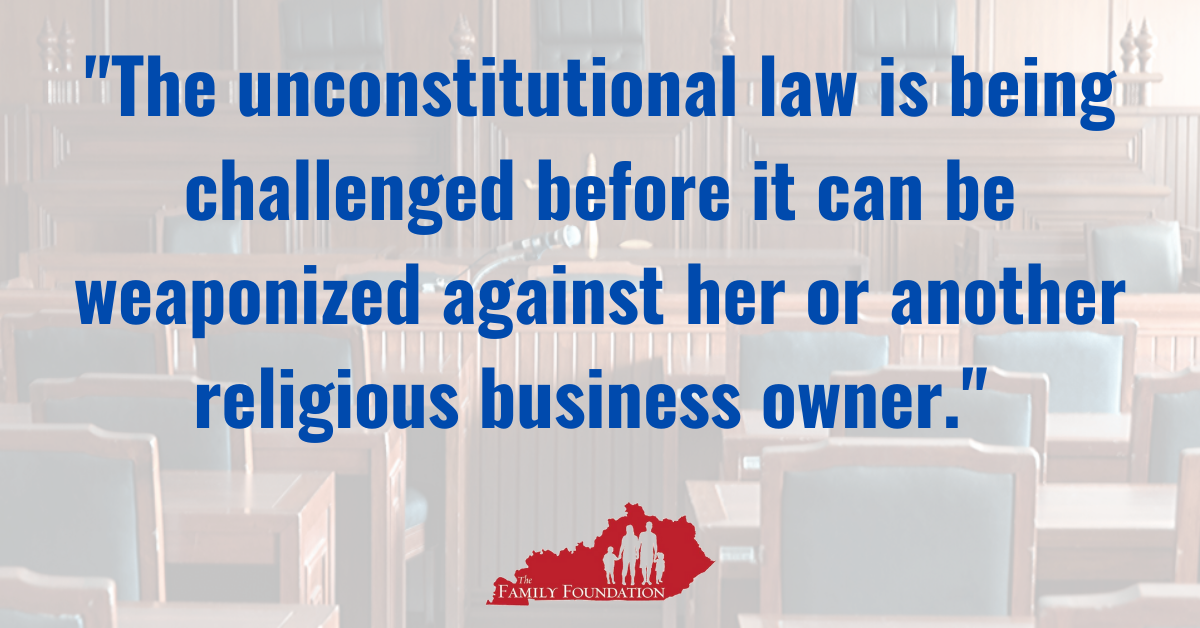 Chelsey Nelson is a photographer and blogger based in Louisville who uses her artistic talents to capture and write about one of life’s greatest moments: a wedding. However, Louisville has a law that would force her to promote a same-sex ceremony, if asked by a potential client. This “fairness” law would also forbid her from publicly explaining why her faith moves her to use her talents to only celebrate ceremonies between one man and one woman.

Ms. Nelson has filed a “preemptive lawsuit” to challenge the unconstitutional law before it is weaponized against her or another religious business owner. Alliance Defending Freedom is representing her in hopes of ensuring that business owners and ministries have their religious liberty rights affirmed by U.S. courts.

On February 19, 2020, The Family Foundation joined the case by filing an amicus brief on behalf of Chelsey Nelson and her First Amendment rights. One week later, the U.S. Department of Justice filed a statement of interest defending Ms. Nelson.

Another important note in the case, is that Justin Walker will be the presiding judge. Judge Walker has been a staunch supporter of religious liberty during his judicial tenure and in June the U.S. Senate confirmed President Trump’s appointment of Walker to the highly important D.C. Circuit Court of Appeals.

Recently, a U.S. Supreme Court ruling determined that it is illegal to discriminate against an individual based on their sexual orientation and gender identity in employment. This fact has “upped the ante” for religious liberty rights across the board, including “public accommodation,” which Ms. Nelson’s case is addressing.

The Family Foundation will be closely monitoring the arguments in the case, which has a motion hearing scheduled for July 14th, 2020, at the U.S. District Court in Louisville, KY.

← Has the UN accomplished its primary goal to prevent death? U.K. Lawmakers “Fed Up” with Sports Betting Companies Targeting Poor Populations →
Please follow and like us: