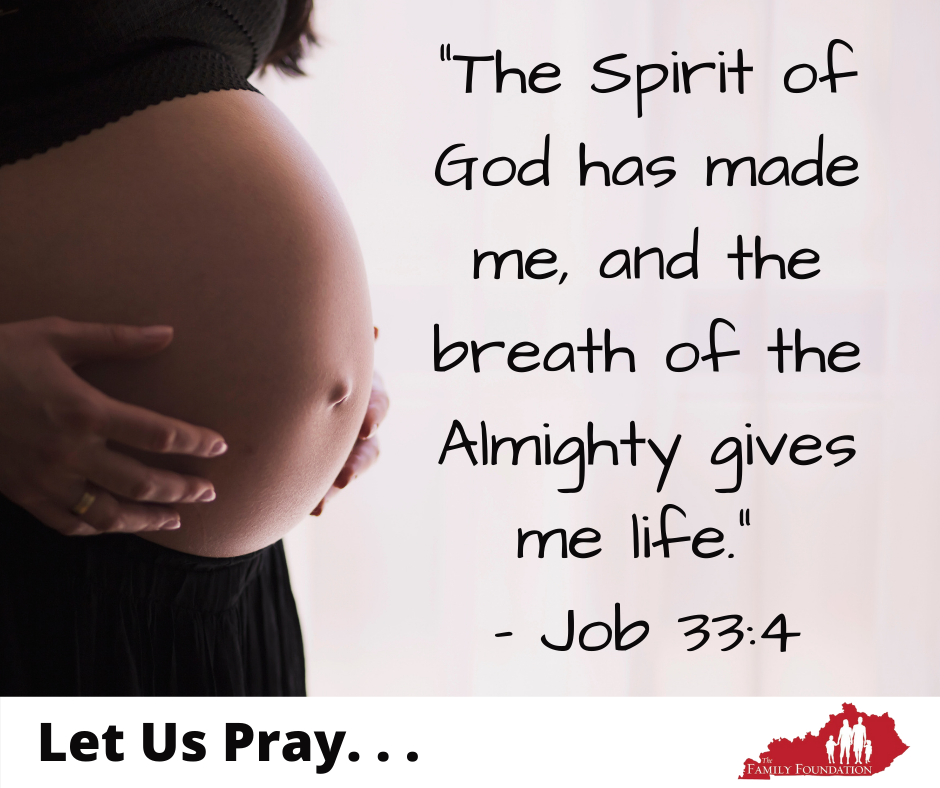 President Biden’s actions against life while in office have made him, without doubt, the most pro-abortion President in American history. On top of this fact, pro-abortion Democrats also control the U.S. Congress as it stands currently.

In the face of this opposition, astonishingly the pro-life movement is seeing historic gains in the fight to defend human life. The Guttmacher Institute, which is the research arm of abortion-giant Planned Parenthood has released encouraging numbers for the pro-life movement.

In 2021, there have been more restrictions put on abortion from state pro-life laws than in any other year since the Roe v. Wade decision in 1973. A record, ninety pro-life laws, have been enacted and passed so far this year.

Kentucky’s legislature passed several pro-life laws this year, including the “Yes for Life” Constitutional Amendment. Voters will weigh in on ratifying the amendment in November 2022.

Pro-life Americans are enduring the most pro-abortion presidential administration in our nation’s history. At the same time, more pro-life laws have been passed in states across America than ever since the legalization of abortion. These laws have the potential to have a major impact on the U.S. Supreme Court and could help pave the way to extinguish abortion in America.

LET US PRAY . . .
Father, we praise You for the current surge in pro-life laws in various states across our land. Lord, we pray for the Kentucky State Legislature to see the need to pass more pro-life laws right here in our Commonwealth. Father, please allow these restrictions on abortion to weigh heavy on and to strongly influence the U.S. Supreme Court to protect life. May America one day be a nation where life is cherished and abortion is no more. In Jesus’ Name, Amen.