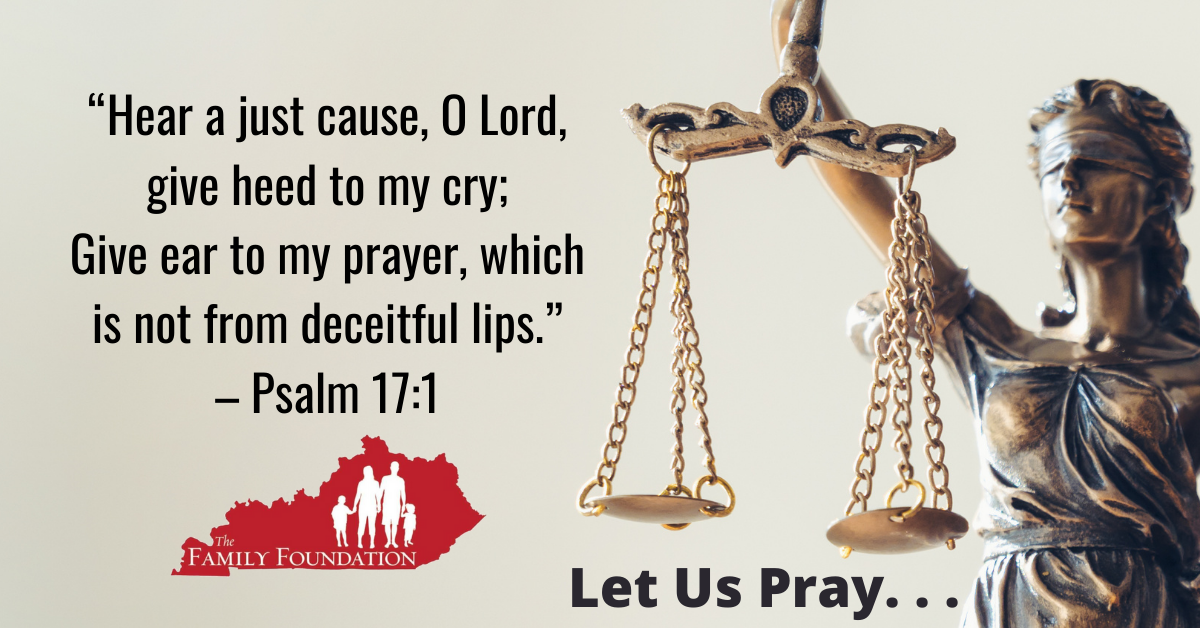 It asks the U.S. Supreme Court to overturn Roe v. Wade and Planned Parenthood v. Casey, the two major cases establishing the so-called “right” to abortion in the United States.

Mississippi is defending a law prohibiting abortion after 15 weeks’ gestation, with exceptions for medical emergency or severe fetal abnormality.

The state is asserting its interest in protecting the life of the unborn, the health of women, and the medical profession’s integrity.

Roe and Casey have entangled the courts in a contested policy matter that it can never resolve. The workable approach is to return the matter to legislators, not judges.

If returned to the States, agreement is more common, compromise is often possible, and disagreement can be resolved at the ballot box.

LET US PRAY . . .
Father, we know that You are the one who knits each of us together in the womb in the unique way that equips us for the works You have for us to accomplish in this world. You value and cherish all life, especially children. Grant Mississippi and other pro-life advocates favor as they seek to protect the unborn and end the abomination of government-sanctioned killing. In Jesus’ Name, Amen.