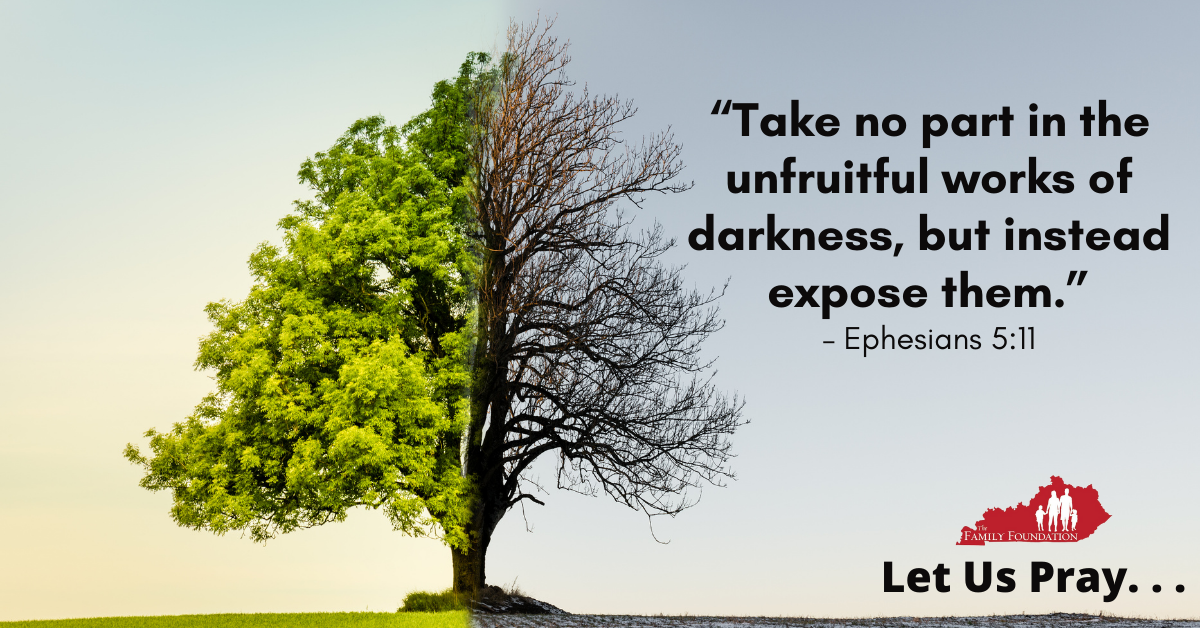 “Take no part in the unfruitful works of darkness, but instead expose them.”
– Ephesians 5:11

Planned Parenthood, the nation’s largest abortion mill, since its inception has tried to disguise itself as an organization that is all about women’s healthcare. However, a quick examination of the organization reveals the emphatic truth that it has always existed for one mission, the expansion of abortion.

The abortion giant, however, has now decided it wants to be an advocate for the transgender agenda. Planned Parenthood has launched into a new arena of service, “gender-affirming care.” This service provides hormone therapy, which, artificially suppresses the sex hormones of one’s biological sex and then infuses one with sex hormones of the opposite sex.

Planned Parenthood has grown this service exponentially and has close to three hundred centers across thirty-eight states that offer hormone therapy. The most concerning part of this new service is that one can receive this life-altering treatment without ever consulting with a physician or receiving licensed counseling.

If one feels they have gender dysphoria they can simply arrive at a Planned Parenthood clinic and receive hormone treatment that will more than likely alter their body permanently. This is nothing more than the same game plan Planned Parenthood has always used, prey on the vulnerable to push forward its wicked goals.

LET US PRAY . . .
Father, we ask for all who are struggling with gender dysphoria to understand Your love, care, and plan for their life. Lord, we ask that You will protect the vulnerable who Planned Parenthood is trying to prey upon. Father, may the wickedness within this organization be brought to the light and exposed. Lord, may the days for Planned Parenthood be short, and may this organization be brought to an end in America. In Jesus’ Name, Amen.