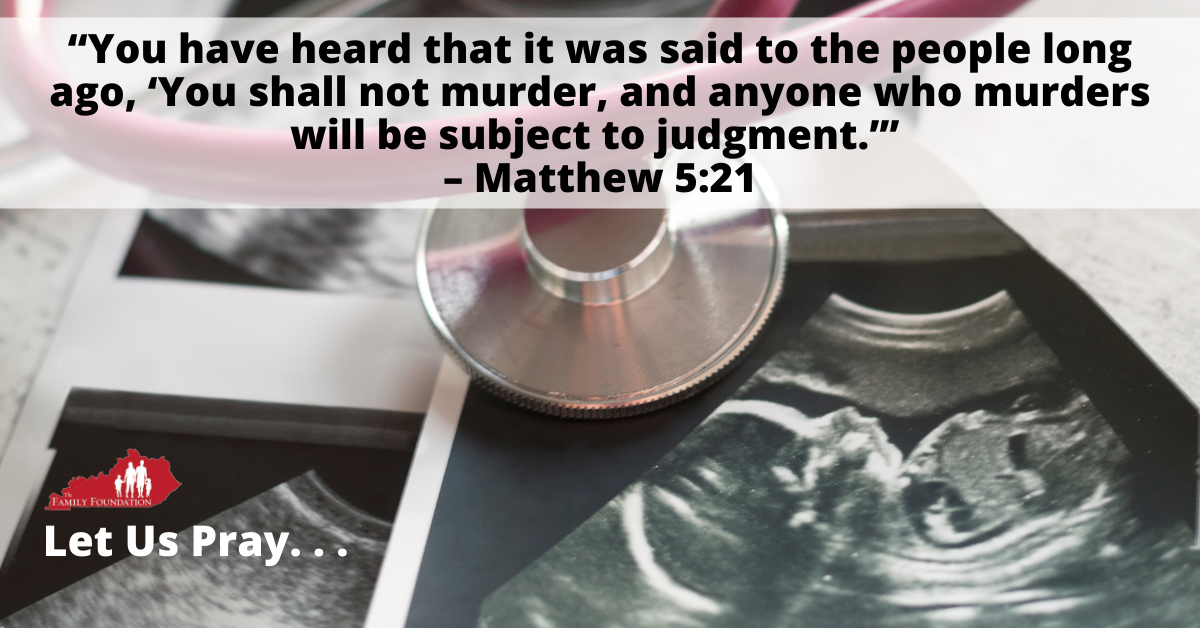 “You have heard that it was said to the people long ago, ‘You shall not murder, and anyone who murders will be subject to judgment.’” – Matthew 5:21

In all likelihood, July 2021, will end up being one of the deadliest months in the Commonwealth this year. Recently released abortion numbers by the Vital Statistics Branch revealed that abortions surged in July.

It is a troubling reality that 418 babies were killed in the womb in Kentucky during the month of July. These lives were terminated at Kentucky’s two licensed abortion care providers, which are both in Louisville, the EMW Women’s Surgical Center and Planned Parenthood (which is the nation’s largest abortion mill).

Kentucky must never become a safe haven for the wickedness of the abortion industry as God has never and will never bless sin. The Commonwealth must be a harbor for life to experience the height of God’s blessings as a state.

LET US PRAY . . .
Father, empower us as Your people to be winsome advocates for the precious life You create. Lord, strengthen our Kentucky legislators to advance and pass stronger pro-life laws here in the Commonwealth. Father, may Kentucky and America one day be a state and nation where legalized abortion is abolished. Lord, may those who promote pro-abortion ideology be convicted of their sin and come to understand the value of life created in Your image. In Jesus’ Name, Amen.