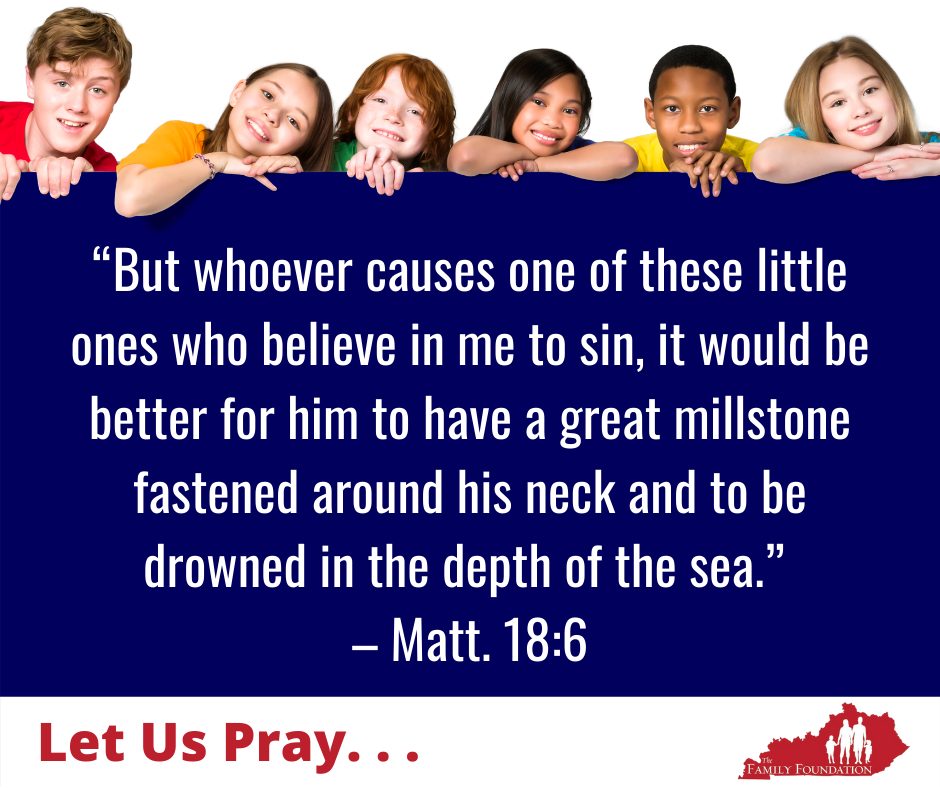 “But whoever causes one of these little ones who believe in me to sin, it would be better for him to have a great millstone fastened around his neck and to be drowned in the depth of the sea.” – Matt. 18:6

From the east coast to the west coast, America’s children are being exposed in some public schools to highly disturbing sex education curriculum. The sex education material being presented to these students is extreme, disgusting, and is ultimately an assault on their precious innocence.

According to one Minnesota state representative, the sex education material being presented in her state was so vile that she said, “We couldn’t show this on the 10 o’clock news, but we want our fourth-grade children to be looking at it?”

Briefly, in summary, the curriculum teaches children that they can choose the gender of their choice, it teaches children at the age of five how to prepare for sexual activity, and teaches nine-year old’s about the genitalia of males and females. Make no mistake about it, unfortunately, this material is designed to indoctrinate America’s children to align themselves with the beliefs of the LBTGQ+ worldview.

Almost all of the sex-ed programs that are being used in schools come from one organization, Planned Parenthood. Planned Parenthood is trying its best to get kids to become fixated on sex so in return the organization makes big profits from selling contraceptives and yes, you guessed it, providing abortion procedures. Parents must take a stand against this assault that is being launched on America’s children.

LET US PRAY . . .
Father, empower mothers and fathers all across America to teach and instill Your truth about marriage and sexuality to their children. Lord, strengthen parents to stand up against this attempt to indoctrinate their children with this vile sex-ed material. Please, Father, help America to return to Your unchanging truth about life, family, and gender that is found in Your Word. May the little ones all throughout America be protected by You, Lord, and please preserve their innocence. In Jesus’ Name, Amen.