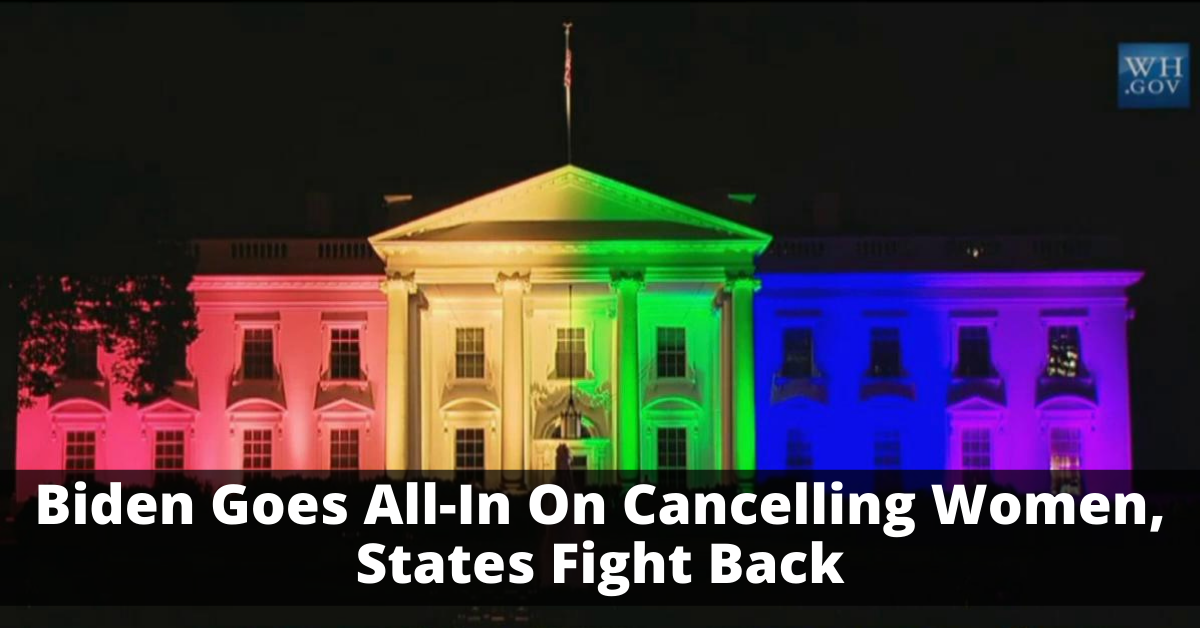 The full implications of the ongoing LGBTQ+ attack on women is coming to a head across the nation as states continue to push back against the Biden Administration’s radicalism.

The Biden Administration’s recently-revealed “National Strategy on Gender Equity and Equality” seeks to deceive the American people while it undermines and cheapens the equality that women have fought hard for throughout our nation’s history.

The 42-page report contains an extreme and radical agenda that tries to wrap itself in the moral high ground of America’s civil rights movement, human dignity, and equality. But… the reality is alarming.

The report adopts an “intersectional approach”, the foundation of Critical Race Theory “CRT”; vows to protect the “right” to abortion, while promoting abortion access at home and abroad; promotes the LGBTQ+ lifestyle and grants special treatment to members of that class; redefines and undermines gender by substituting “gender identity”; promotes biological male access to female school bathrooms; and promotes biological males being able to compete on female sports teams.

Adding insult to injury, the creation of the “national strategy” undermining biological females and cheapening their hard-fought gains was mandated by a Biden Executive Order on International Women’s Day. This insult comes on the heels of Dr. Rachel Levine becoming the highest ranking openly transgender (biological male identifying as female) official in the U.S., being made and celebrated by the media as the first “female” 4-star admiral of the U.S. Public Health Service Commissioned Corps.

Real America stands behind these commonsense efforts. Recent polling revealed that majorities of Republicans, Democrats, and independents agree—female athletes should not be forced to compete against biological men. With President Biden and LGBTQ+ advocates unwilling to stand up for women, including female athletes, it’s even more important that Kentucky joins the states who will.