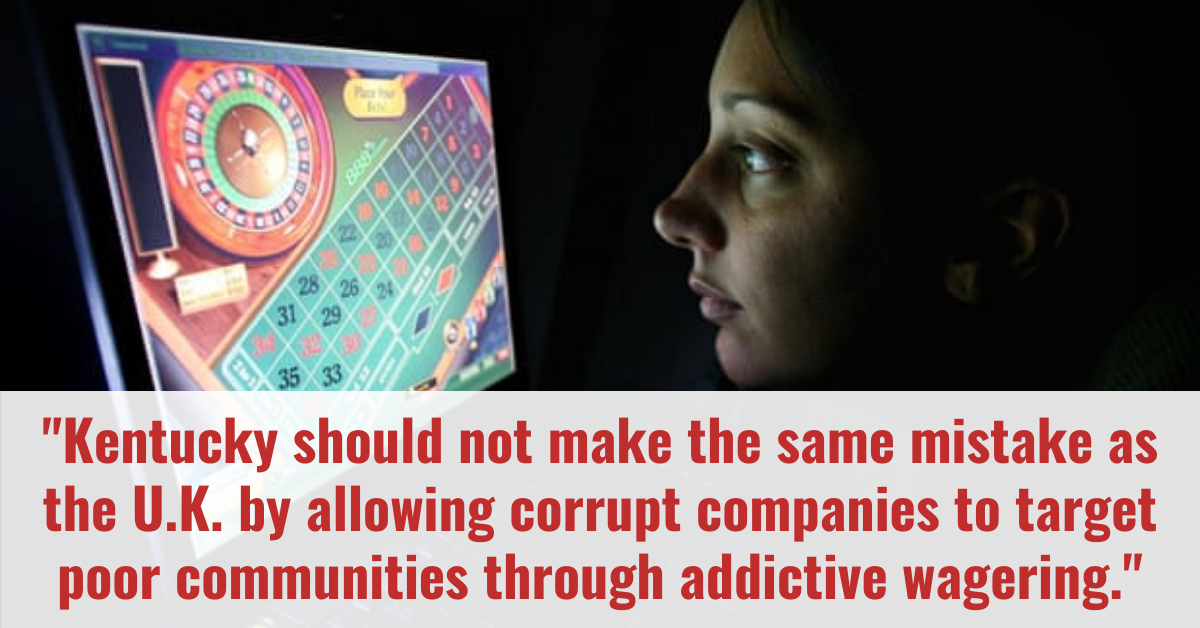 Some individuals look at the mistakes of others and avoid taking those actions. Others, however, believe they can take the same actions and achieve a different result (definition of insanity).

In 2015, the United Kingdom’s gambling industry was credibly accused of targeting poor neighborhoods with “bet shops” that featured addictive fixed-odds slot machines. In 2020, after several generations of legalized nationwide betting, there are more than 8,000 bet shops in the U.K. with 1 in every 3 people betting at least once a week.

In June, a group of 50 bipartisan lawmakers in the U.K. called for a ban on all advertising from the gambling industry. Parliament member Carolyn Harris said, “They [gambling firms] have shown time and again that they will not effectively self-regulate. Urgent change is needed to stop this industry riding roughshod over people’s lives.”

As British betting companies are being regulated out of the U.K., they are now moving overseas to target vulnerable populations within U.S. states that have legalized sports betting. William Hill, a British betting company with a well-known history, has contracts with the NBA and CBS to be their official betting partner.

Several Kentucky legislators pressed a “sports wagering” bill in 2019 and 2020 and many expect them to do so again in 2021. However, Kentucky should not make the same mistake as the U.K. by allowing corrupt companies to target poor communities through addictive wagering.