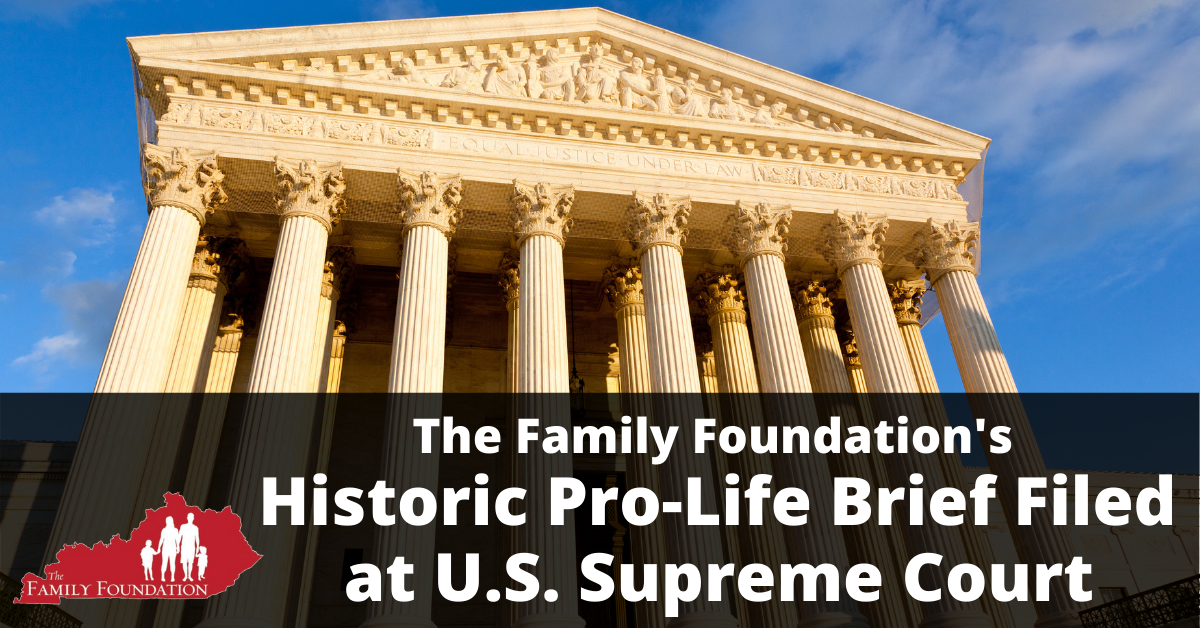 In May, the Court decided to hear Dobbs v. Jackson Women’s Health Organization, a lawsuit filed by a pro-abortion group challenging Mississippi’s law banning abortions after 15 weeks. The lower courts held that the law was unenforceable, because the Supreme Court, in Casey, held that a Pennsylvania law was unenforceable because it banned abortions prior to the unborn child being able to survive outside the womb.

Our brief argues that the U.S. Supreme Court must overrule the clearly erroneous decisions in Roe and Casey because their holdings violate a common law right to life protected in the Ninth Amendment of the U.S. Constitution.

“The right to life is the most fundamental right given by God and has long been recognized in common law. After more than 62 million lives lost, it is past time for our nation’s High Court to overturn Roe and allow states to once again protect the right to life of their most vulnerable citizens.”

Mississippi is advocating for overruling Roe and Casey through persuasively arguing that the legal standards have proven unworkable, the decisions have inflicted significant damage, science and society have changed, and there is a lack of reliance on the cases.

Our brief comes alongside Mississippi’s arguments with a historical first, asking the Court to consider an argument against abortion grounded in a different provision of the U.S. Constitution, the Ninth Amendment.

In summary, the brief filed by CGDF on behalf of The Family Foundation and 21 other state policy groups, makes the argument that:

“This Court should put to rest the aberrant line of jurisprudence that foists upon the nation a mandatory abortion enablement and that disparages the right of the people to secure to themselves and to their posterity the fundamental common law right to life.”

You can view the entire legal brief here.

The Family Foundation is a 501(c)(3) nonprofit organization that stands for Kentucky families and the values that make them strong. Learn more at kentuckyfamily.org.