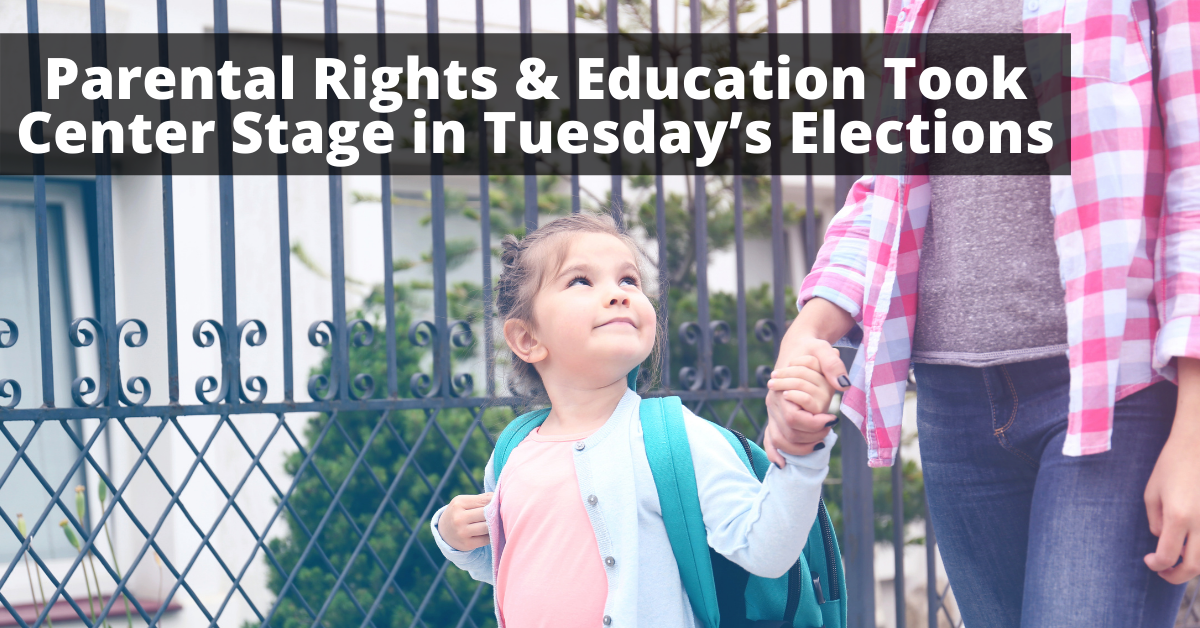 How much say parents should have over the education of their children has been a hot button topic during this past year and was a decisive factor in contested elections across the nation on Tuesday.

In the most watched race of the night, Democratic Virginia Governor McAuliffe, who had announced earlier this year “I’m not going to let parents come into schools and actually take books out and make their own decision. I don’t think parents should be telling schools what they should teach,” was defeated by pro-life and pro-family Republican Glenn Youngkin.

Virginia has been an epicenter of the battle over parental pushback on LGBTQ and CRT indoctrination efforts in public schools, including a local school board attempt to cover up that a female student was sexually assaulted by a “gender fluid” male student wearing a skirt in the school bathroom.

The election also comes after President Biden’s Department of Justice recently issued a memo addressing “threats against school administrators, board members, teachers, and staff” after the National School Boards Association labeled concerned parents, including those speaking out at school board meetings on issues regarding gender identity, CRT, and mask mandates, as domestic terrorists.

Nearly one quarter of voters exiting the polls indicated that education was the issue that most motivated their vote, the majority of those voting against McAuliffe. Younkin received more than 80 percent of the Evangelical vote and received substantial support from independent voters.

Parents are ultimately responsible for their child’s education and parents do not surrender their rights over what is being taught at public schools. We are thankful that Tuesday’s election shows that parents are taking their responsibility seriously and standing up for the wellbeing of their children.

Here in Kentucky, we must take bold action in the 2022 legislative session to further protect parental rights, stop the spread of divisive LGBTQ and CRT ideologies in our schools, and protect our students with commonsense legislation like the Save Girls’ Sports Act.