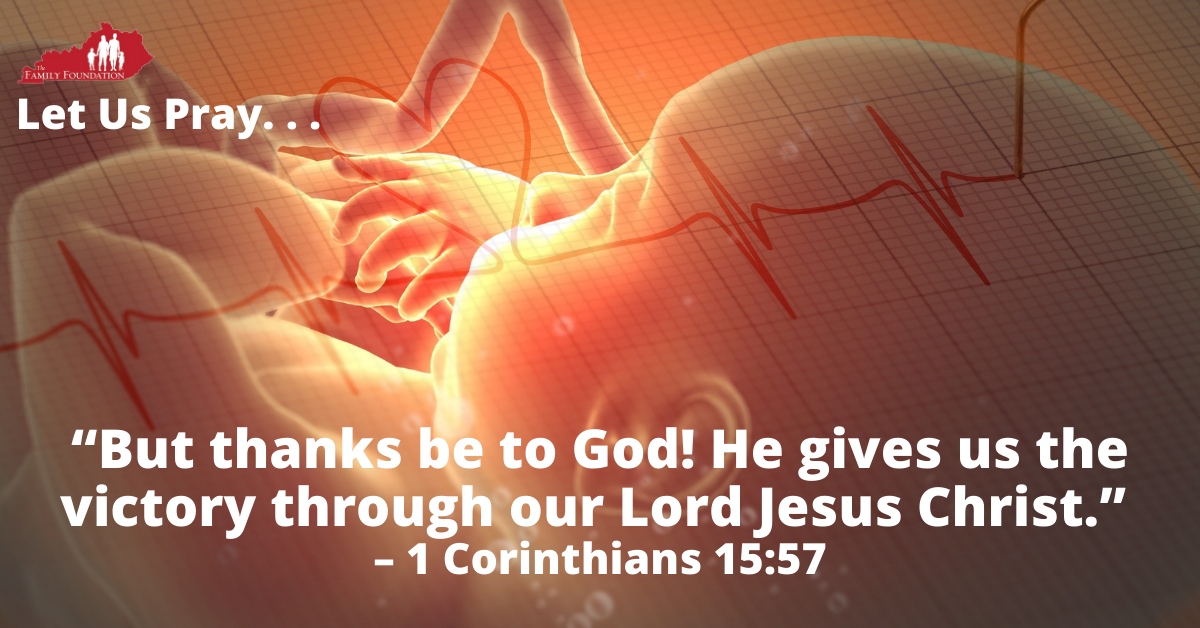 A massive victory for the pro-life cause went into effect at midnight, September 1, 2021, in the state of Texas. This victory is the Texas Heartbeat Law that was passed in the Texas Legislature and was signed into law earlier this year.

The Texas Heartbeat Law is the strongest pro-life law to go into effect since the U.S. Supreme Court’s egregious Roe v. Wade abortion decision in 1973. Every single baby in Texas that has a detectable heartbeat, which is around five to six weeks gestation, is now protected by law from being murdered through abortion.

This powerful legislation is expected to save well over one hundred babies every single day in Texas from the life-ending procedure of abortion. News outlets are reporting that abortionists, like Planned Parenthood, have been and are continuing to cancel abortion appointments even at this very moment.

The Texas Heartbeat Law allows Texas to be the first state in America to almost ban all abortions. This is a monumental step in seeing Roe fall and the legalization of abortion brought to an end.

LET US PRAY . . .
Father, thank You for this wonderful victory in Texas that protects innocent life from the vile abortion industry. Lord, we pray for a complete defeat of Roe in our nation in the near future. May Kentucky and America be a land that honors and protects the precious life that You create. Father, grant us the courage and strength to continue to be your instruments to cultivate our land for righteousness. In Jesus’ Name, Amen.