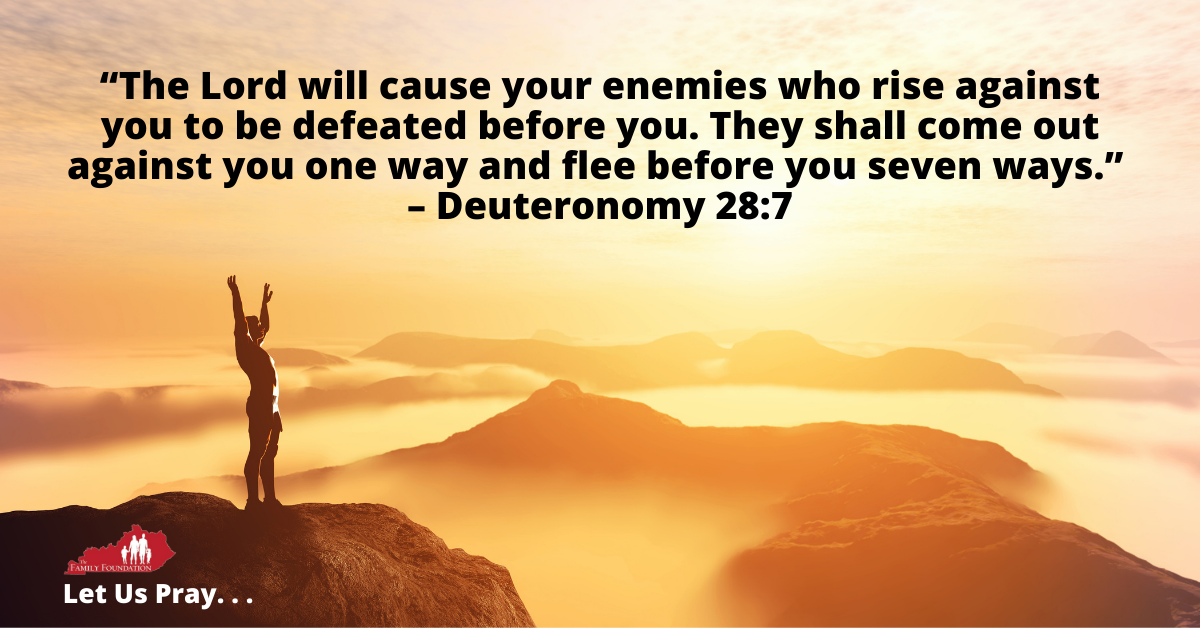 “The Lord will cause your enemies who rise against you to be defeated before you. They shall come out against you one way and flee before you seven ways.” – Deuteronomy 28:7

The Texas Heartbeat Law is the strongest pro-life law that has been enacted in our country since the legalization of abortion in the 1973 Roe v. Wade decision. The Texas Heartbeat Law went into effect on September 1, 2021, and shortly, thereafter, the U.S. Supreme Court voted 5-4 to not intervene in stopping the law.

This monumental piece of legislation now ensures that every single baby in Texas that has a detectable heartbeat, which is around five to six weeks gestation, is now protected by law from being murdered through abortion. This law has provided immense protection for the unborn in Texas, well over one hundred children every day are now being saved from having their lives terminated through abortion.

In recent days, unfortunately, the Texas Heartbeat law has experienced enormous attacks from those who desire to protect the abortion movement. The attacks are even coming from the highest office in America, from President Biden himself.

President Biden’s Administration wants to see the law overturned and is suing Texas over this abortion ban stating the law is “in open defiance of the Constitution.” It is absolutely repulsive to see the extent to which the Biden Administration and abortion advocates will go to make sure innocent children can be murdered in the womb.

LET US PRAY . . .
Father, we praise You for the Texas Heartbeat Law that is saving many innocent children from abortion. Lord, please continue to strengthen the U.S. Supreme Court to stand strong for life and to protect this law. Father, we pray for many more pro-life laws to be enacted all over America. Father, fill Kentucky’s legislators with the courage to pass even stronger pro-life laws here in our Commonwealth. May America one day be a nation where abortion is no more. In Jesus’ Name, Amen.