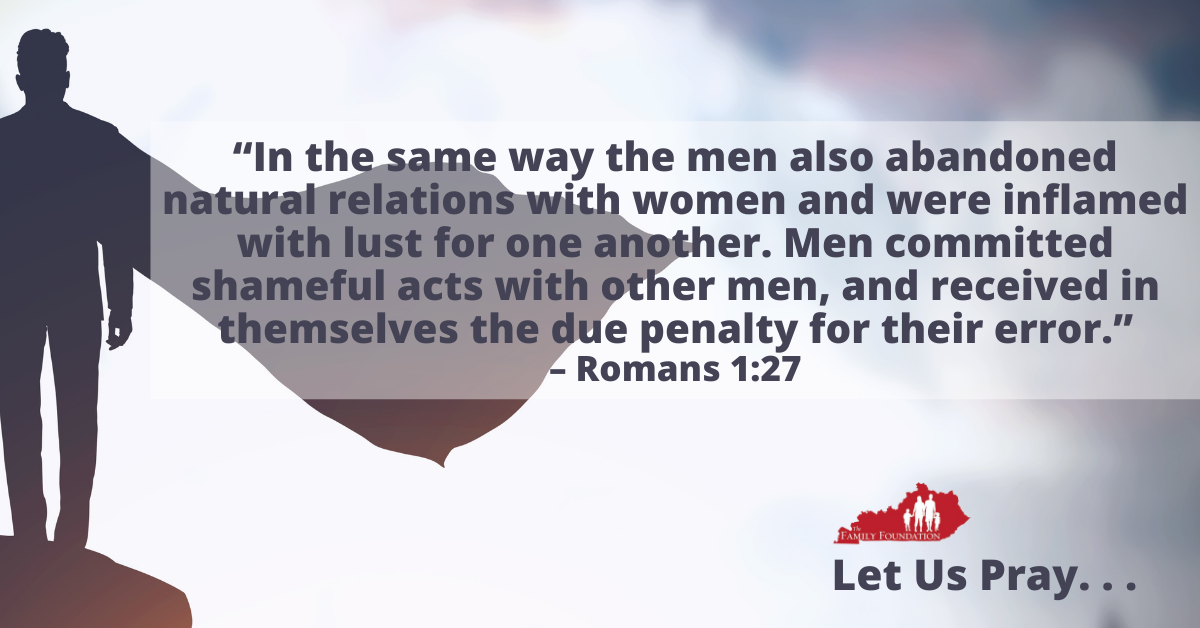 “In the same way the men also abandoned natural relations with women and were inflamed with lust for one another. Men committed shameful acts with other men, and received in themselves the due penalty for their error.” – Romans 1:27

There is a new superhero series out that centers around the famous and iconic figure of Superman. However, the new show, Superman: Son of Kal-El, features the new Superman, Jonathan Kent, who is the son of the famous Clark Kent and Lois Lane.

The new Superman is portrayed as “coming out of the closet” and is beginning a romantic same-sex relationship with a male friend. Superman is just the latest superhero character that comics are using to embrace what they call “inclusivity” and “diversity” to promote the LGBTQ+ agenda.

Tom Taylor who is the editor of the series said, “For so many people having the strongest superhero in comics come out is incredibly powerful.” Unfortunately, Taylor is completely wrong, the truth is having Superman who is arguably the most known American hero come out as a homosexual is “incredibly detrimental.”

This action is extremely dangerous because it attempts to push and normalize LGBTQ+ lifestyles on American children that the Bible classifies as shameful, immoral, and wicked. All sin, including homosexuality, ultimately leads to pain and devastation, no matter how blissful it is in the moment.

American children should not be taught that same-sex marriage is just as valid as Biblical marriage, as this will lead children who later choose relationships that are outside of Biblical bounds into a life of sorrow and grief. Children should be taught at the appropriate time that the only sexual relationship that will lead to human flourishing is the institution of marriage that God created between one man and one woman.

LET US PRAY . . .
Father, help our nation to return to Your truth about marriage and family. Father, please protect innocent children who are being targeted through these comics, and may they not be influenced by them. Father, empower parents all across America to instill in their children Your truth about marriage, family, and life. Please strengthen marriages throughout our country, Father, so that our nation may be strong. In Jesus’ Name, Amen.