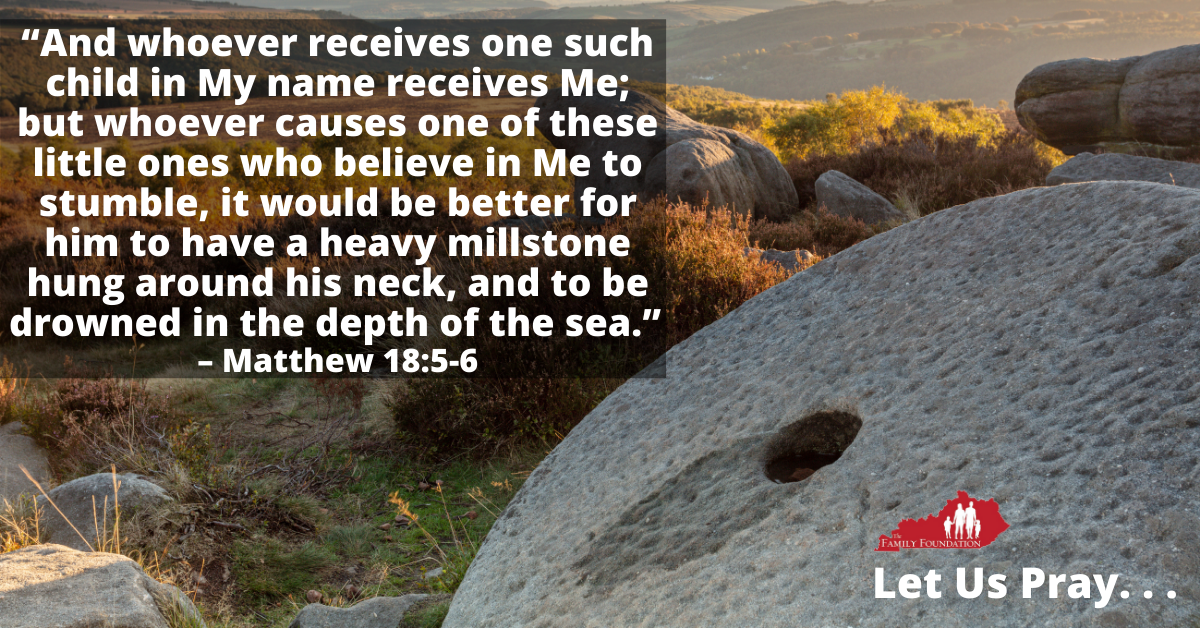 “And whoever receives one such child in My name receives Me; but whoever causes one of these little ones who believe in Me to stumble, it would be better for him to have a heavy millstone hung around his neck, and to be drowned in the depth of the sea.” – Matthew 18:5-6

Last month, The Family Foundation announced we had joined the launch of a national child safety campaign to stop transgender experiments on children.

Last week, two of the nation’s top transgender doctors blew the whistle on the “sloppy” and “reckless” treatment of gender dysphoric children.

Dr. Marci Bowers, one of the most respected and prolific gender reassignment specialists in the world, raised numerous concerns.

Bowers now finds the use of puberty blockers at the first visible signs of puberty to be inadvisable, stating “I’m not a fan… I really am not… The idea all sounded good in the very beginning… But honestly, I can’t sit here and tell you that they have better — or even as good — results.”

Anderson went on to say, “And that is going to earn me a lot of criticism from some colleagues, but given what I see–and I’m sorry, but it’s my actual experience as a psychologist treating gender variant youth–I’m worried that decisions will be made that will later be regretted by those making them.”

Responding to the rise of young women who have come to regret “transitioning,” Bowers said that Planned Parenthood’s (America’s largest abortion provider) practice of recommending testosterone on the first visit was a red flag.

LET US PRAY . . .
Father, thank You that the lies of the LGBTQ advocates are being exposed and the truth is coming out. Give Kentucky’s lawmakers the courage to ensure our minors receive true help, and are not harmed by transgender experiments. In Jesus’ Name, Amen.