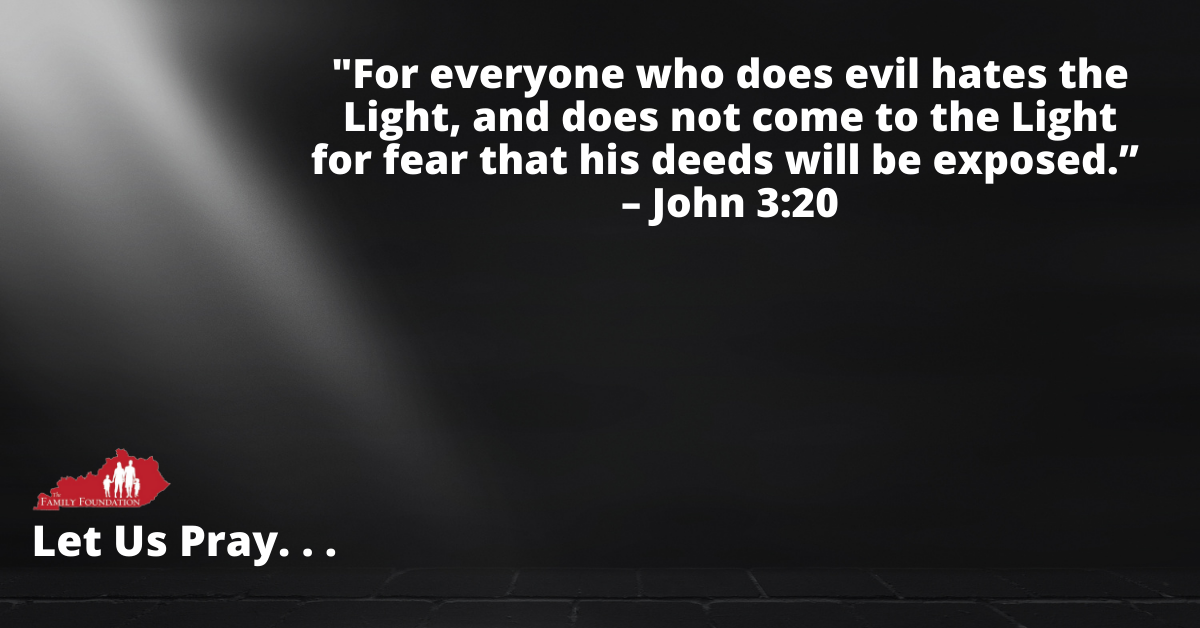 “For everyone who does evil hates the Light, and does not come to the Light for fear that his deeds will be exposed.” – John 3:20

Last week, Kentucky Today reported that a record number of abortions were performed within the Commonwealth during the year 2020.

In the midst of a pandemic, the killing of preborn humans continued… even increased as abortion mills were allowed to remain open, despite churches and other places being closed.

Such realities reveal the radical nature of abortion advocates.

In the next year, a battle for the hearts and minds of Kentuckians will be taking place.

A pro-life constitutional amendment that would protect recent pro-life gains in state law and ensure that activist state judges cannot “discover” a right to abortion in our state constitution will be voted on in November 2022.

But radical abortion advocates are also gearing up. A rally in support of abortion was held in Louisville on Saturday and Democrat lawmakers have pre-filed legislation for Kentucky’s 2022 legislative session that seeks to enshrine abortion in the Commonwealth.

LET US PRAY . . .
Father, bring to light the radical positions of abortion advocates and expose their lies. Give us courage and wisdom to proclaim the value and worth of every human life You have created in Your image. May Kentuckians rally together for the pro-life cause and take a stand for what is right. In Jesus’ Name, Amen.