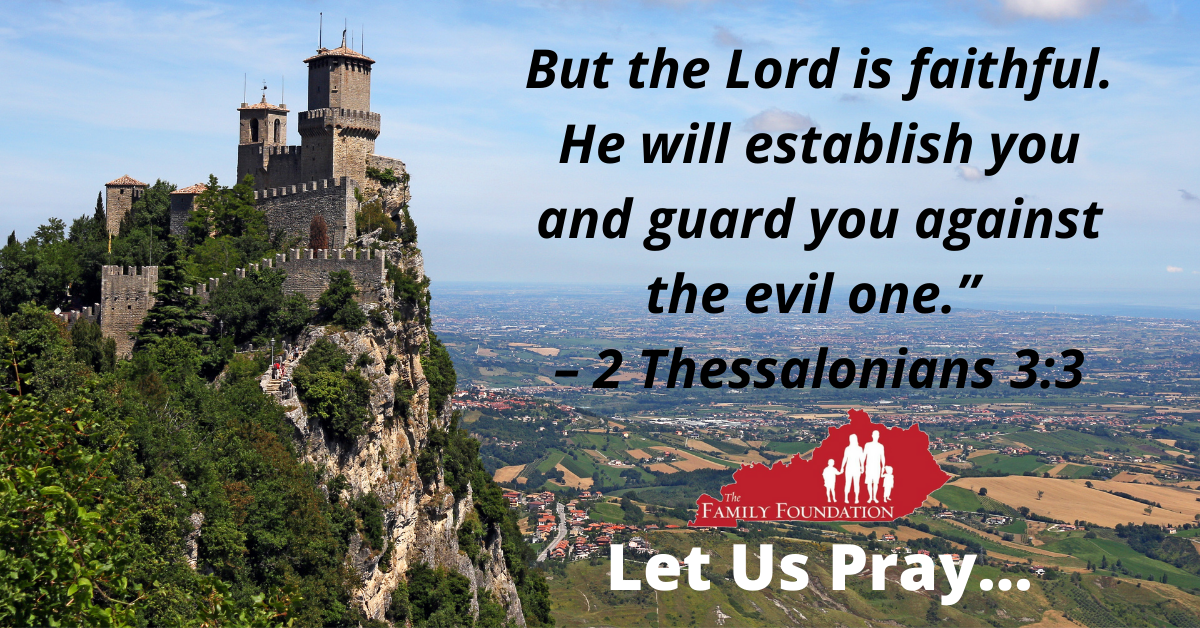 But the Lord is faithful. He will establish you and guard you against the evil one.” – 2 Thessalonians 3:3

For over forty years, the Hyde Amendment, which was passed in 1977 by the United States Congress, has protected the American taxpayer from being forced to fund abortions. For many years, President Biden, who was serving as a Senator for Delaware, supported and upheld the Hyde protections.

President Biden is now opposing the Hyde Amendment and wants to see these common sense pro-life protections ripped away from Americans. It seems President Biden has turned his back on the principles he has held for decades in public office to appease the demands of the radical, pro-abortion Left.

The Hyde Amendment, however, is not the only pro-life protection under threat at the moment. This coming week the U.S. House of Representatives will begin voting on appropriation bills for the federal government for 2022. Several of these bills contain provisions that will revoke protections that prohibit funding for abortion.

Unfortunately, the pro-life protections that have been in place for decades now are clearly under siege under the Biden administration and the Democratic-controlled U.S. Congress.

LET US PRAY . . .
Father, guard and protect Your people from the potential of having to fund the evil of abortion. Lord, please empower the U.S. Representatives to cast votes that will uphold and keep in place the pro-life protections and amendments. Father, please change the heart of President Biden and those in Congress who are so strongly pushing the pro-abortion agenda. May they see the horrific evil they are promoting in abortion. Lord, use us as Your instruments to put an end to abortion in Kentucky and America. In Jesus’ Name, Amen.