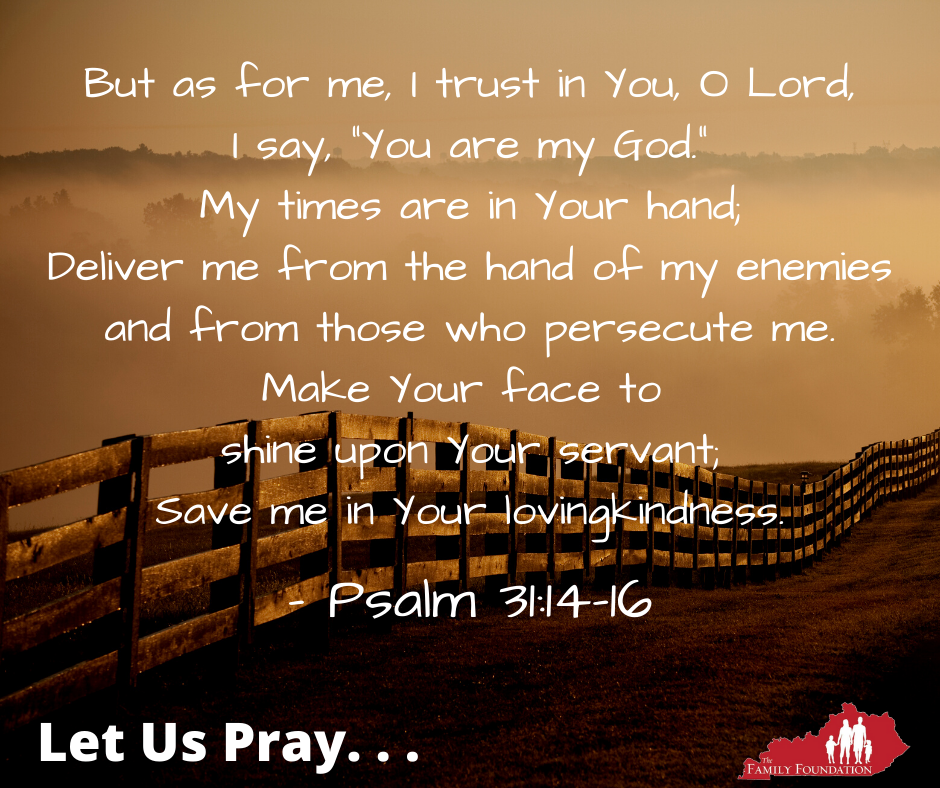 “But as for me, I trust in You, O Lord,
I say, ‘You are my God.’
My times are in Your hand;
Deliver me from the hand of my enemies and from those who persecute me.
Make Your face to shine upon Your servant;
Save me in Your lovingkindness.” – Psalm 31:14-16

After months of using Kentucky’s most vulnerable children as bargaining chips and attempting to force biblical Christians to violate their beliefs about marriage and sexuality, Governor Beshear has backed down.

Sunrise Children’s Services, which has helped the most vulnerable and traumatized of children in Kentucky’s foster care system for 50 years, will be allowed to provide needed therapy and services for another year.

Beshear was refusing to back down from his religious discrimination despite widespread outcry and growing political pressure, until a unanimous U.S. Supreme Court made clear that such action clearly violated the U.S. Constitution.

But legislation will be required to ensure people of faith are protected from something like this happening again.

LET US PRAY . . .
Father, thank You for protecting Sunrise Children’s Services from Governor Beshear’s politics so that Kentucky’s most vulnerable children can continue being cared for. Give state legislators wisdom and courage to address this issue during the next session of the General Assembly to ensure that people of faith are protected in the Commonwealth. In Jesus’ Name, Amen.