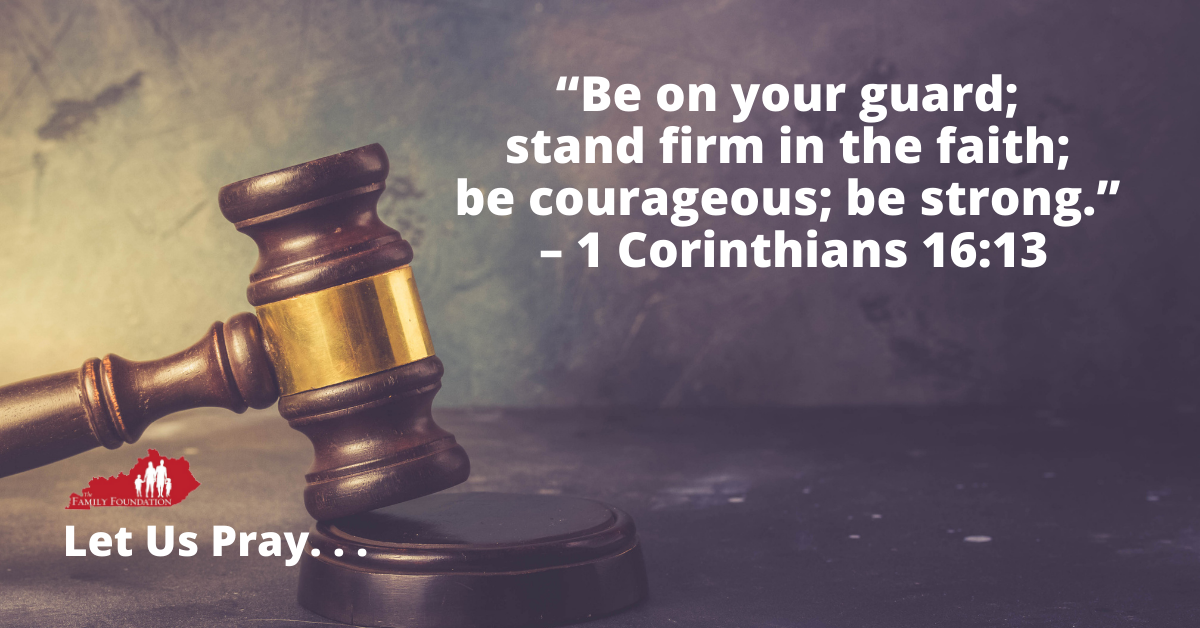 This morning at 10 AM, Kentucky Attorney General Daniel Cameron’s team will present oral arguments in front of the U.S. Supreme Court in the pro-life case of Cameron v. EMW Women’s Surgical Center.

This case began when the Kentucky General Assembly passed House Bill 454, which is known as the “Human Rights of Unborn Children Act,” in 2018.

House Bill 454 was supported by The Family Foundation and defends the dignity of the unborn by prohibiting live dismemberment abortions. However, one of Kentucky’s abortion mills, the EMW Women’s Surgical Center, filed a lawsuit against the pro-life law, and the 6th U.S. Circuit Court of Appeals prevented the law from going into effect.

Gov. Andy Beshear (D) refused to continue defending the law, which led Attorney General Cameron (R) to seek to intervene in the case. Unfortunately, his attempt was denied. Today, the U.S. Supreme Court is considering whether Cameron has the right to intervene and defend Kentucky’s pro-life law.

We are in a momentous season right now for the pro-life movement. In addition to today’s case, The U.S. Supreme Court has also decided to hear arguments on December 1, 2021, in regard to the case of Dobbs v. Jackson Women’s Health Organization, which is the Mississippi abortion case that will challenge Roe v. Wade. Furthermore, the pro-life cause is continuing to celebrate the lives that are being saved because of the Texas Heartbeat Act that was recently passed.

LET US PRAY . . .
Father, may Your wisdom and knowledge be given to Attorney General Daniel Cameron’s team today as they present before the U.S. Supreme Court. Father, help them to be on guard, to stand firm, to be courageous, and to be strong in the faith as they defend the dignity of human life today. Father, may the U.S. Supreme Court rule righteously in this case, and in the Mississippi case, by respecting and defending the dignity of the unborn. Thank You, Father, for the momentum we are experiencing in this season for life, and may it continue until abortion is no more. In Jesus’ Name, Amen.