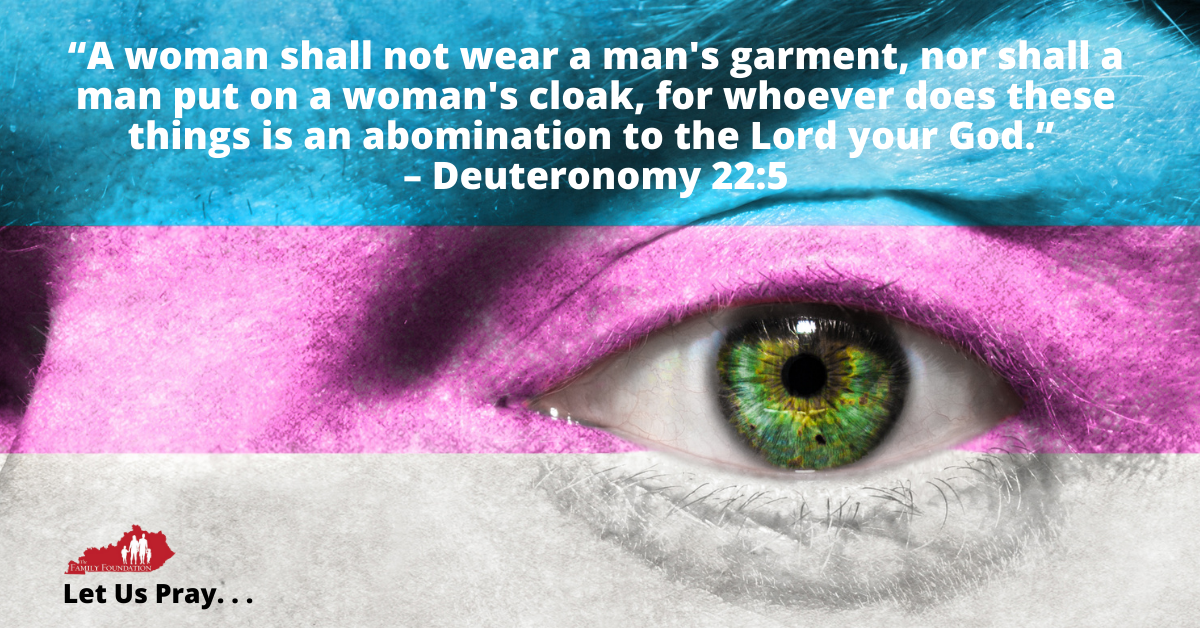 “A woman shall not wear a man’s garment, nor shall a man put on a woman’s cloak, for whoever does these things is an abomination to the Lord your God.” – Deuteronomy 22:5

McLaughlin is thirty-eight years old and previously served in the United States military as a male. McLaughlin’s opponent was Celine Provost, a biological female who had more than ten years of fighting experience under her belt.

Even with Provost’s experience, she proved to be no match for the overwhelming power and blunt force that Mclaughlin was able to bring as a biological male. McLaughlin forced Provost to tap out in the second round. As the transgender movement celebrates such unfair competitions one reporter called this stunt for what it was when he said, “moment ideology met cold, hard reality.”

Across America, we are seeing female sports destroyed by the transgender ideology that allows men to compete as women which causes a tremendously unfair playing field for women and girls at all levels. We have reached a point in our nation when we must take a stand and say, “enough is enough!” In Kentucky, our legislators must act and pass legislation to protect female athletes from unfair competitions where females will lose.

LET US PRAY . . .
Father, empower our state legislators to pass legislation that will protect female athletes here in the Commonwealth from being forced to compete in unfair competitions against biological males. Lord, may this discrimination against females that is being perpetrated against them by transgender activists be stopped soon. Father, please protect female athletes across America from the harm that happens when biological men are allowed to infiltrate their sports. In Jesus’ Name, Amen.