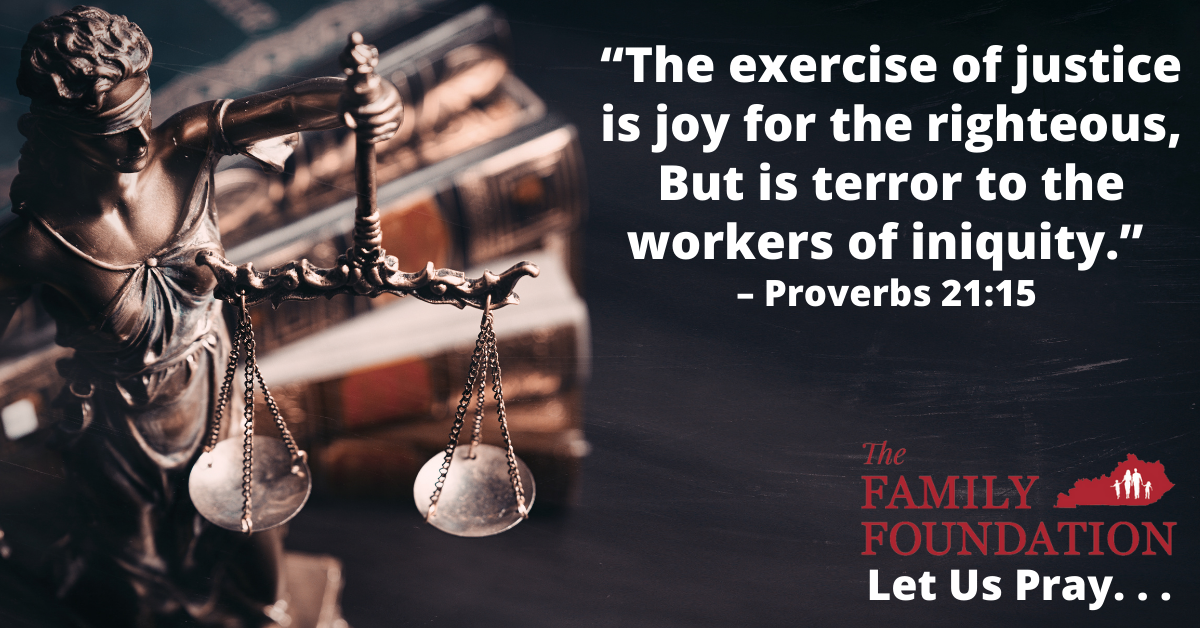 “The exercise of justice is joy for the righteous, But is terror to the workers of iniquity.” – Proverbs 21:15

The oral arguments were just 10 days after the Court accepted the case, which is highly unusual. Given the expedited arguments, it is anticipated that the justices will release a decision within the next several weeks.

Some have suggested that the Texas case is a “side-show” because much of the three hours of arguments were technical in nature, rather than focused on whether there is a right to abortion. However, those “technical” issues are of great importance and what have allowed Texas’s law to go into effect, where other pro-life laws have been blocked by the courts.

Texas’s law is the most pro-life law in effect since Roe v. Wade was decided nearly 50 years ago. Some estimate that 1,000 babies are being saved weekly.

Let’s pray it remains in effect and keeps saving lives for as long as possible.

LET US PRAY . . .
Father, we ask that You direct the hearts and minds of the justices so that lives will be saved and every human, born and preborn, will be treated with the dignity they deserve. We thank You for the lives currently being saved and ask that we will soon see a time when America is abortion-free. In Jesus’ Name, Amen.