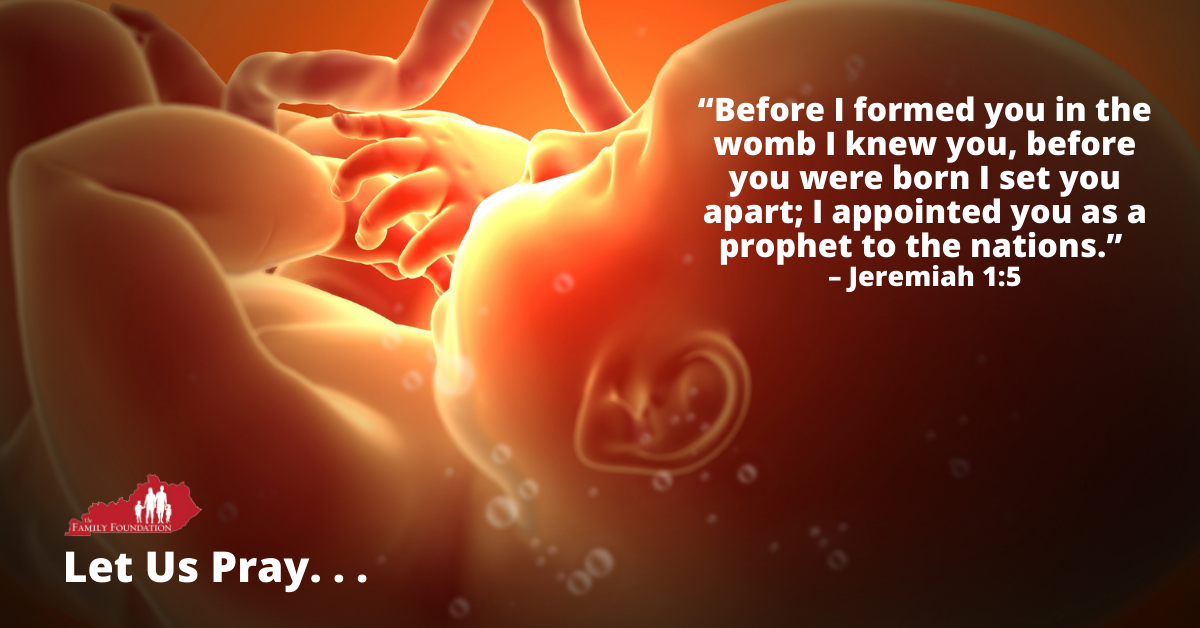 “Before I formed you in the womb I knew you, before you were born I set you apart; I appointed you as a prophet to the nations.” – Jeremiah 1:5

Yesterday, on the Capitol steps in Frankfort, The Family Foundation proudly joined Kentucky Attorney General Daniel Cameron’s press conference to discuss the upcoming U.S. Supreme Court case of Cameron v. EMW Women’s Surgical Center. The origin of this case goes back to the Legislative Session of 2018, when the Kentucky General Assembly passed House Bill 454, with the support of The Family Foundation. This bill is Kentucky’s ban on live dismemberment abortion.

The bill states that it, “prohibits an abortion on a pregnant woman that will result in the bodily dismemberment, crushing, or human vivisection of the unborn child when the probably post-fertilization age of the unborn child is 11 weeks or greater, except in the case of a medical emergency.”

The Commonwealth has two abortion mills in operation, one being the EMW Women’s Surgical Center, which filed suit against the bill and thus allowed the 6th U.S. Circuit Court of Appeals to rule to uphold an injunction against the law. Gov. Beshear refused to continue defending House Bill 454, which led to Attorney General Cameron trying to step in to defend the law. Unfortunately, his effort was initially rejected.

LET US PRAY . . .
Father, please strengthen, empower, and give Your wisdom to Attorney General Cameron and his team as they are set to appear before the U.S. Supreme Court on October 12th. Father, may the U.S. Supreme Court rule righteously in this case respecting the dignity of the unborn. Thank You, Father, for the courage of Attorney General Cameron, and may many other elected officials show this courage in defending life. In Jesus’ Name, Amen.