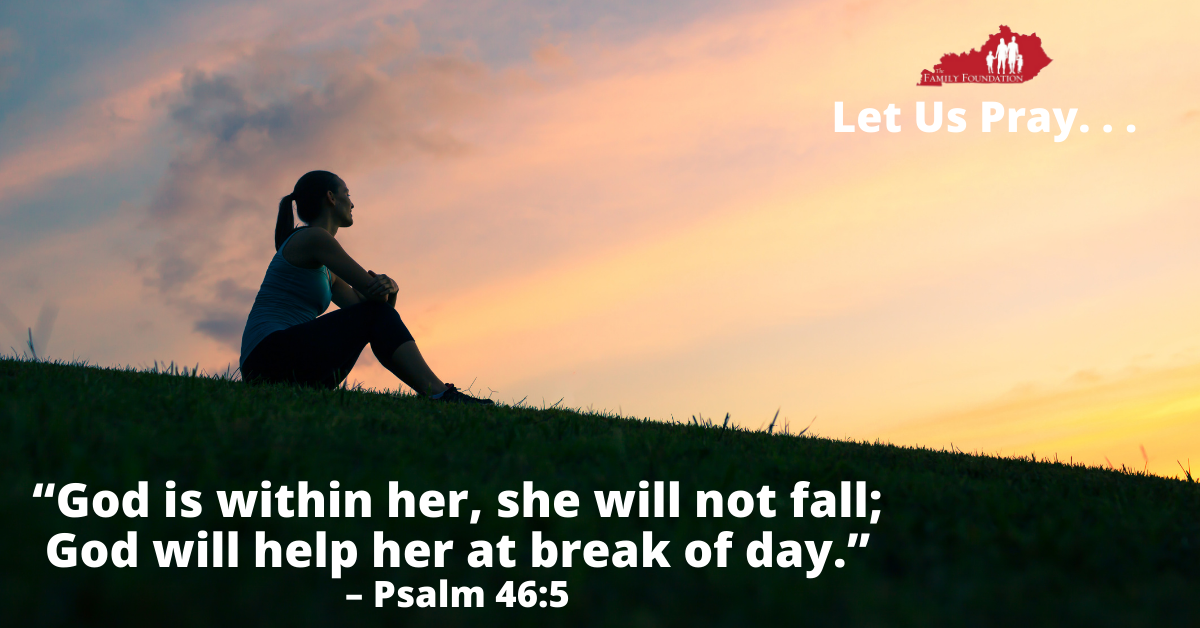 The bill passed out of the Texas House after a 10-hour grueling debate with a passage vote of 76 to 54. The legislation then advanced to the Texas Senate which voted to pass the bill with a 19-12 vote. Texas Gov. Greg Abbott is expected to sign the bill into law in the coming days.

Texas is arguably the best and most competitive state for high school and college athletics, and with the passing of this bill, the message being sent to America is loud and clear. That message is “women’s rights matter and must be protected.” America’s daughters should not have their safety ripped away or experience unfair competition on a sport’s field just because some desire to further the radical transgender agenda.

The Kentucky legislature must join Texas in defending women’s sports. We must not give ground to those who deny objective truth and reality. Women should not be sacrificed just to advance the far left’s LGBTQ+ agenda. Kentucky legislators must step up and protect the dignity of biological women by not allowing biological men to destroy their sports.

LET US PRAY . . .
Father, thank You, for this victory in Texas that will protect women and ensure their safety. Father, we pray that our legislators here in Kentucky will take a stand and courageously protect women as well by passing a bill to save women’s sports. May our nation, Lord, make and uphold laws on the basis of objective reality and not on subjective opinion. Father, help America to return to Your truth about marriage, life, and sexuality. In Jesus’ Name, Amen.