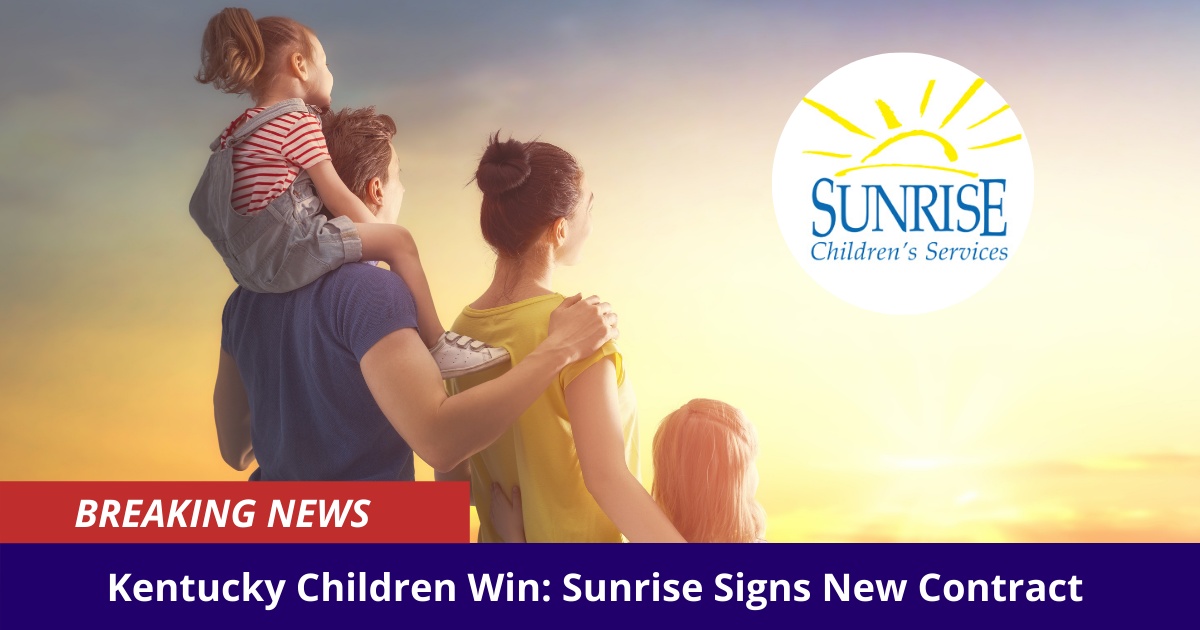 After a months-long standoff, Kentucky Governor Beshear has backed down and will allow a Christian foster care agency to continue serving Kentucky’s most vulnerable children for the next year.

Clearly, if Beshear had it his way, biblical Christians would be banned from Team Kentucky. Even Sunrise Children’s Services, which provides foster care, residential and therapeutic services to children and families in crisis wasn’t welcome.

Sunrise is an agency of the Kentucky Baptist Convention (KBC). It has been serving Kentucky’s most vulnerable children since 1869, when it began caring for orphans after the Civil War, and has partnered with the state for the last 50 years.

Todd Gray, executive director-treasurer of the KBC, gave thanks for the opportunity to continue serving the Commonwealth’s children, but emphasized that it “should be of grave concern to every person of faith in Kentucky that it took a ruling from the U.S. Supreme Court to move Governor Beshear to agree to a contract with Sunrise.”

Kentucky Attorney General Daniel Cameron reacted to the signed contract by saying he was thankful that the Beshear administration was finally following the law.

“The U.S. and Kentucky Constitutions are abundantly clear that government cannot discriminate against a religious organization because of its beliefs,” Cameron said. “The U.S. Supreme Court affirmed this foundational principle in a unanimous ruling last month.

“I’m glad to see the Beshear administration follow the law and do what governors of both parties have done for decades, work with Sunrise so that the organization can continue the important work of serving Kentucky’s children.”

Kentucky Attorney General Daniel Cameron, along with Kentucky’s other constitutional officers, had earlier urged Beshear to follow the law. Majorities of legislators in the state senate and house had also signed letters applying pressure on Beshear to do the right thing.

LGBTQ+ advocates are up in arms at the signed contract, making it clear that they seek to banish biblical Christians to second-class status no matter the consequences for the most vulnerable Kentucky children.

While this victory for Sunrise is a victory for Kentucky children and for religious freedom, it is temporary and future legislation will be necessary to ensure that Beshear or any other government official never again attempts to force their own beliefs upon people of faith within the Commonwealth.