Has the UN accomplished its primary goal to prevent death? 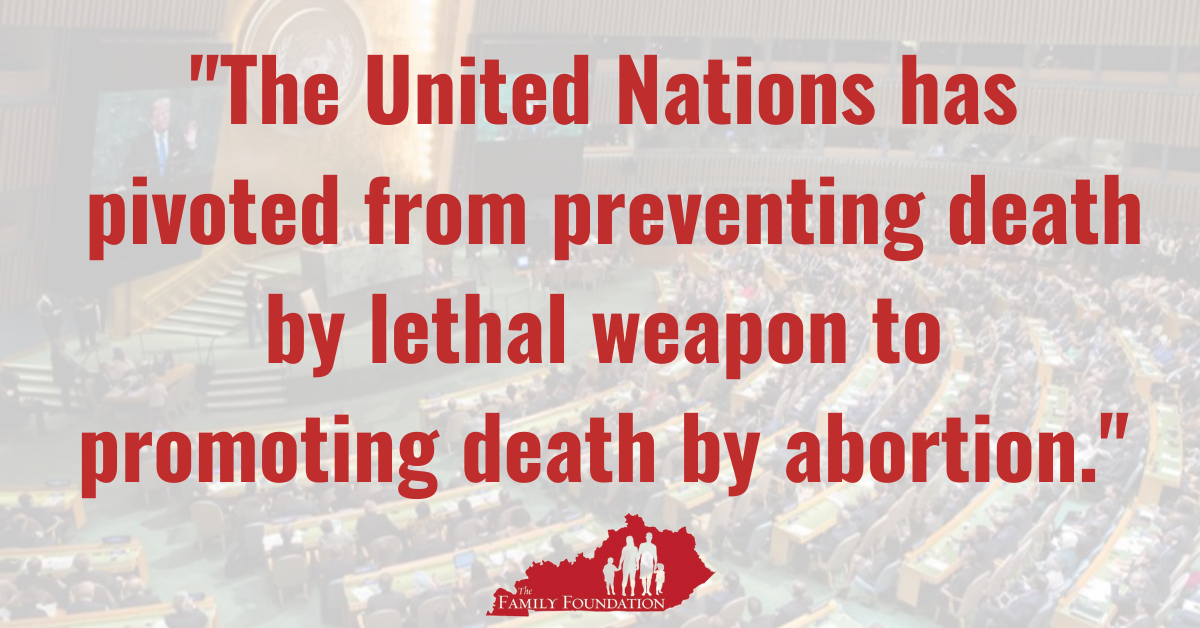 After two devastating world wars within a 30-year time span, the world lost roughly 100 million military and civilian lives. Because of this, much of the world assembled for lasting peace negotiations. In hopes to prevent another mass extermination of human life, 50 nations signed the UN Charter on June 26, 1945. Has the UN accomplished its primary goal to prevent death?

Since World War 2, no war has come close to its mass casualties and devastation. With the UN seemingly securing peace, the United Nations began expanding into more than just being “peacekeepers.” In 1969, 24 years after the original charter was signed, the UN’s “Fund for Population Activities” began operations to promote “sexual and reproductive health.”

In just 24 years, the UN pivoted from preventing death to promoting death, through abortion and population control. Arguments for population control are derived from the assumed death of children due to preventable diseases and hunger.

A combined 10 million people die worldwide from preventable diseases AND hunger issues per year. Compare this to roughly 50 million children worldwide who die from abortion per year. Abortion destroys five times as many lives per year than hunger and preventable diseases combined. Therefore, data does not justify that abortion is needed to “save” children from hunger and disease related deaths. Abortion has quickly surpassed disease and hunger as the greatest threat to humanity.

To answer the question: “Has the UN accomplished its primary goal to prevent death,” the answer is a resounding “NO.” The UN has pivoted from preventing death by lethal weapon to promoting death by abortion. It has occurred because abortion is much more effective and acceptable than the obvious atrocities of war. In just 2 years, abortion eliminates more lives, 100,000,000, than WW1 and WW2 did combined.

When will the world come together, once again, to stop the horrendous atrocity of human life?