The Family Foundation and five other Kentucky nonprofit organizations are uniting together for this pro-life cause. 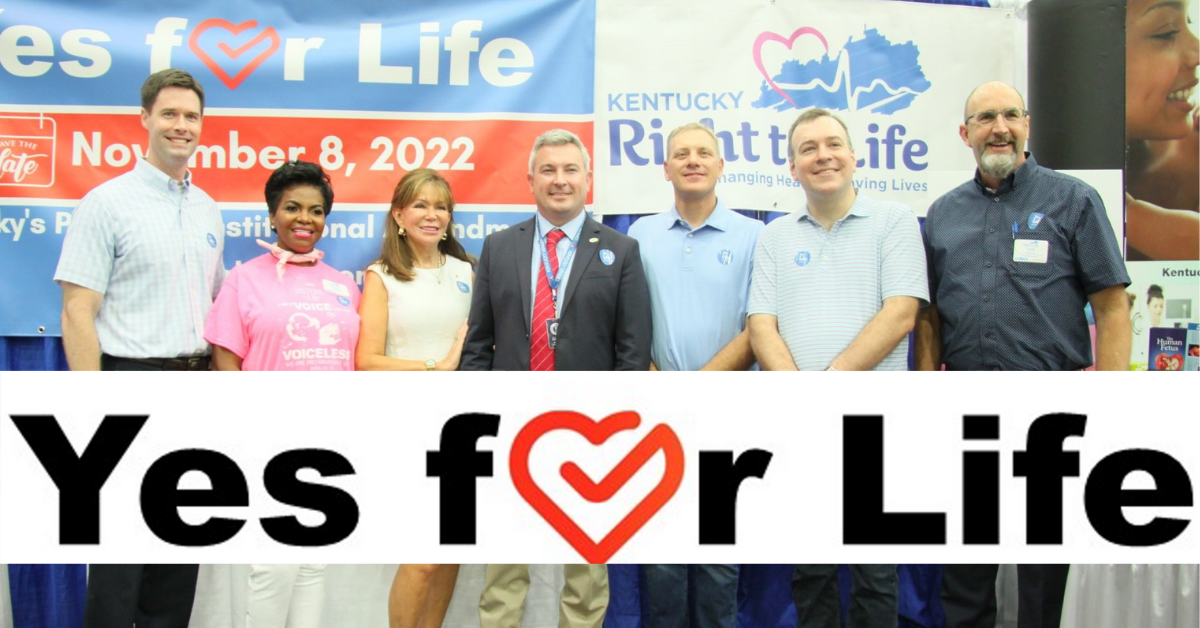 The Family Foundation and five other founding members recently launched the “Yes for Life Alliance” at the Kentucky State Fair!

The Yes for Life Alliance is united in its desire to see life cherished in the Commonwealth and is committed to educating Kentuckians on the Commonwealth’s Pro-Life Constitutional Amendment, which is on the November 8, 2022 ballot.

After a decade of pro-life legislation being blocked in the General Assembly, voters elected new legislators that have enacted numerous pro-life laws within the last five years.

However, the gains made in protecting the preborn lives of our children are in danger. Activist judges could overrule the clear will of the people and their representatives, if they were to “discover” a right to abortion or abortion funding in Kentucky’s state constitution.

Eleven states have already had activist judges do exactly that.

The proposed Yes for Life Amendment would ensure that it can not happen here, meaning that the pro-life laws enacted by the General Assembly will remain in place.
It is for that reason some have called the proposed amendment to be Kentucky’s most significant piece of pro-life legislation in decades.

The U.S. Supreme Court is currently considering a case that could lead to the overturning of Roe v. Wade and return the abortion issue to the states, making this Amendment all the more important and urgent.

Alongside the 2009 “Trigger Law,” the Yes for Life Amendment will make Kentucky a bold pro-life state and ban abortions if Roe. v. Wade is overturned.

Ultimately, voters will decide whether or not they want to end abortion in the Commonwealth. They will cast their votes on November 8, 2022.