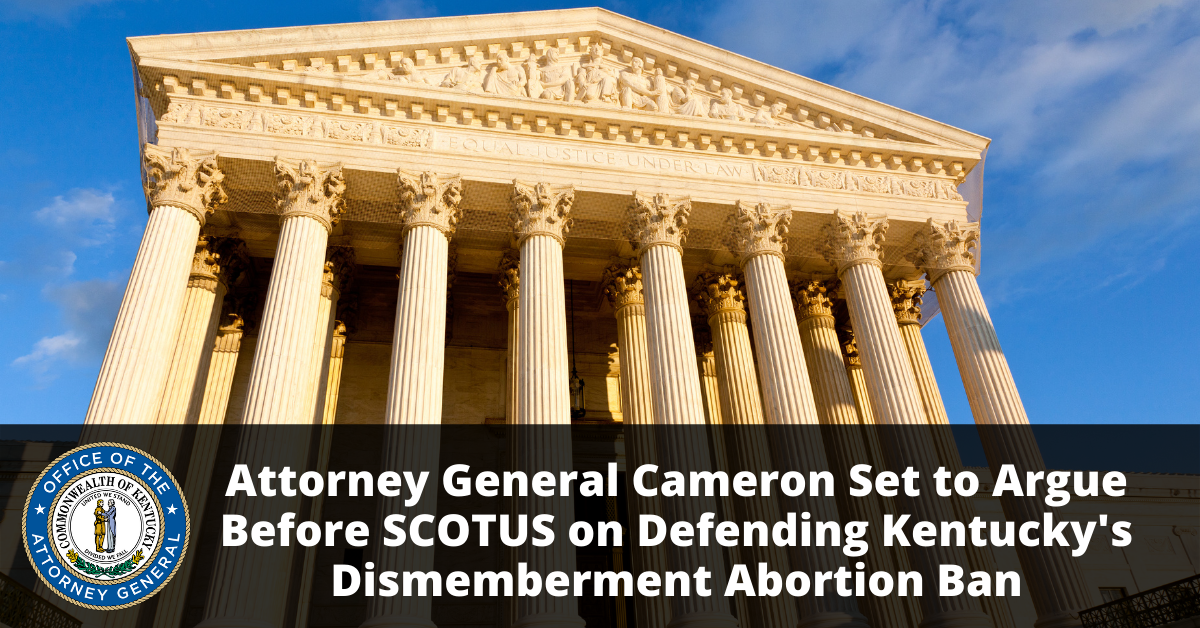 House Bill 454 was passed during Kentucky’s 2018 Legislative Session with the support of The Family Foundation. The bill reads that it, “prohibits an abortion on a pregnant woman that will result in the bodily dismemberment, crushing, or human vivisection of the unborn child when the probably post-fertilization age of the unborn child is 11 weeks or greater…”

EMW Women’s Surgical Center, one of Kentucky’s two abortion mills, disputed the bill which allowed the 6th U.S. Circuit Court of Appeals to rule to uphold an injunction against the law. During this ruling, Kentucky Attorney General Cameron tried to intervene and defend the law because Gov. Andy Beshear would not defend the pro-life law, but was denied.

The Supreme Court will hear oral arguments in Cameron v. EMW Women’s Surgical Center, where Cameron has already filed a reply brief, on October 12. As Attorney General Cameron and his team prepare to present their case in front of the nation’s high court, Cameron said, “This law is a direct reflection of the values of Kentuckians, and we’ll continue to fight to ensure it is defended and eventually upheld.”

Read a copy of the legal brief here.