Memorial Day: Remembering the Fallen Who Defended Against All Enemies 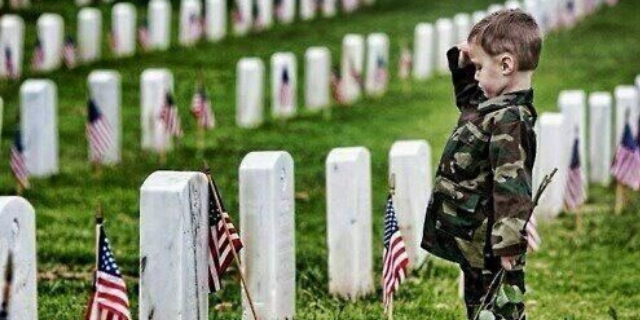 A selfless segment of every American generation has fought for life, liberty and the pursuit of happiness. In all, roughly 1,264,000 Americans have valiantly sacrificed their lives in protecting our great land and Constitution.

However, a covert “domestic enemy” has claimed more American lives than all American wars combined. Since its nationwide legalization in 1973, ABORTION has ended more than 60 million Americans lives. That’s 50 times the deaths in one fifth of the time.

The day after General Robert E. Lee’s surrender at Appomattox Court House, President Lincoln delivered his second inaugural address to the American people. In his speech, he reflects upon the horrors of the Civil War, including the deaths of 620,000 soldiers, and concludes it to have been the judgment of God for the institutionalized sin of slavery.

If President Lincoln’s words are true regarding the price paid for slavery, what is the price for overcoming our generation’s “domestic enemy?”

Let not the sacrifice of our forefathers be in vain by allowing another “domestic enemy” to deny Americans their God given rights without challenge. Just as every soldier recites the “Oath of Enlistment”, may every American also pledge to defend against ALL enemies, foreign and domestic, that seek to destroy the rights of our fellow Americans.

← Kentucky ‘Son’ Nominated by President Trump An Open Rebuke is Better than Silent Love: Why I Must Call Him “Abortion Andy” →