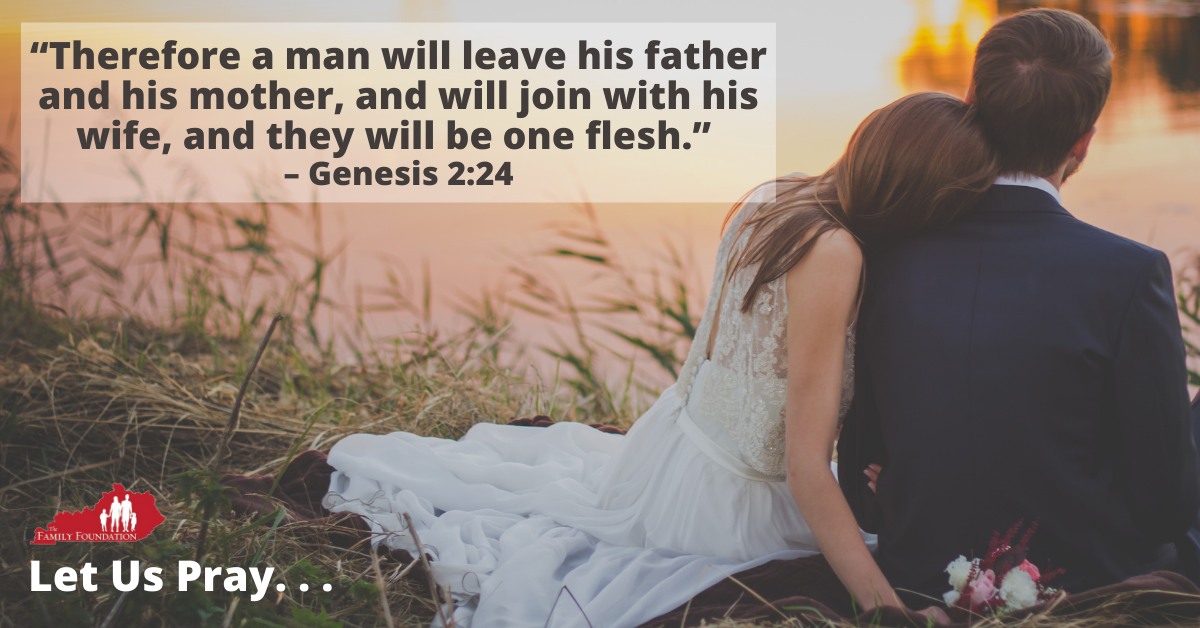 “Therefore a man will leave his father and his mother, and will join with his wife, and they will be one flesh.”
– Genesis 2:24

Since the 2015 U.S. Supreme Court case of Obergefell v. Hodges that legalized same-sex marriage many Christians are wondering, “why does marriage matter and why should we continue to defend traditional marriage?” Some believers have even given up and decided at this point in American history marriage is too far gone, and that it is not worth the effort to fight for.

As Christians, we must not throw in the towel, we must not quit in the corner because of our culture’s by and large rejection of Biblical marriage. Our Lord desires that we advocate for the only valid institution of marriage and that is between one man and one woman. We must not only promote Biblical marriage because of the benefits it gives to children or the stability it provides for our nation. Biblical marriage must first and foremost be defended because it is the fullest image of God in our world.

In the beginning, God created the human race. He created (in Hebrew) the “adam” which means humankind (Gen. 1:27). He saw it was not good for humankind to live in solidarity, so he caused “adam” to go to sleep, He took a rib, literally translated in Hebrew as “half” and created Eve. From the Hebrew text of the creation account, one can see that God created man in His image, but God split the “adam” leaving Adam (male) and Eve (female).

It is only when these two complementary halves of humanity unite, one man and one woman, in the covenant of marriage, can the image of God in totality be presented to the world. To be blunt, the image of God will never be seen in two men nor two women being in a fraudulent “marriage” relationship.

God is the creator of all things including life, and because the Biblical marriage union is the image of God, the husband and wife become co-creators in a way, as their intimate union creates life. This is seen in no other deviation of marriage. Christians must continue to defend the Scriptural understanding of marriage; America needs to see the fullest image of God and that is only seen in Biblical marriage.

LET US PRAY . . .
Father, thank You, for Your perfect design and creation of marriage. Father, thank You, for the precious gift of marriage that You have given to humanity. Lord, help our nation to understand the beautiful depth of marriage and that it is the fullest expression of Your image in our world. Father, forgive our nation as we have devalued marriage, and may one day our land return to Your standard for it. Father, we pray for strong marriages across Kentucky and America so that our state and country may honor and glorify You. In Jesus’ Name, Amen.