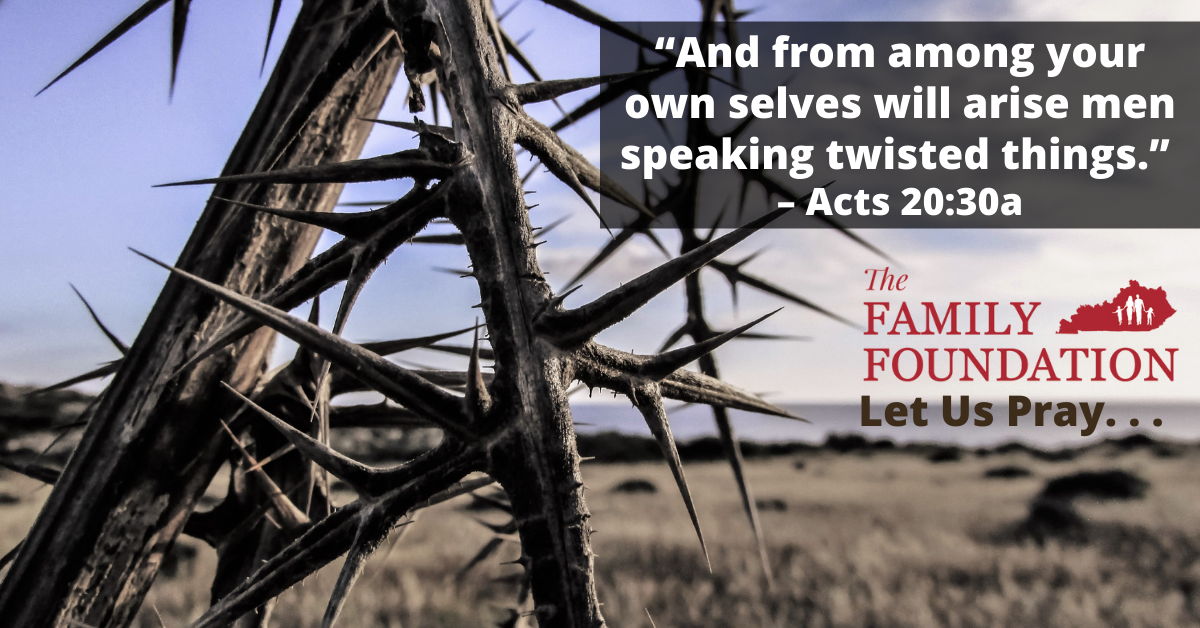 “And from among your own selves will arise men speaking twisted things.” – Acts 20:30a

Earthquake-like shock waves were felt by conservatives after a shocking announcement that recently came from Ronna McDaniel, Chair of the Republican National Committee (RNC). The startling announcement stated that the RNC was launching an LGBT Pride Coalition.

McDaniel made the announcement at the Spirit of Lincoln Gala in Mar-a-Lago where high profile Republicans gathered including a group known as the Log Cabin Republicans, an LGBTQ+ action group inside the Republican Party. The mission being enacted is not only to extend an arm of invitation to those in the LGBTQ+ community, but to also affirm their lifestyles.

At the event, McDaniel speaking of the Log Cabin Republicans stated they, “don’t just share our vision for a free, secure, and prosperous America — they enrich it by adding unique perspectives to our party and recruiting even more diverse candidates and supporters to join our cause.” This maneuver by McDaniel’s and by a segment of the Republic Party has caused much anguish for conservatives within the party.

This anguish for conservatives comes from two realities. First, a group cannot conserve God’s design for marriage, gender, and sexuality by promoting LGBTQ+ ideology that is completely antithetical to Biblical teachings. Second, Republicans have been fighting valiantly to stop the radical LGBTQ+ agenda, such as protecting women by stopping biological men from using women’s restrooms in the name of “transgenderism.”

If the Republican Party wants to be the party of “conservatism” then it cannot walk on a moral and ethical tight rope. To be conservative, the party must conserve the original created order of marriage, biological sex, and human sexuality established by God Himself.

LET US PRAY . . .
Father, help us, to be effective conservators of Your perfect design of marriage, gender, and human sexuality. Father, help Ronna McDaniel and other Republican leaders to understand that all of Your standards and teachings in Scripture, which includes marriage, gender, and sexuality, are established forever and should not be manipulated. Father, please help the Republican Party to truly be a party of conservatism. In Jesus’ Name, Amen.