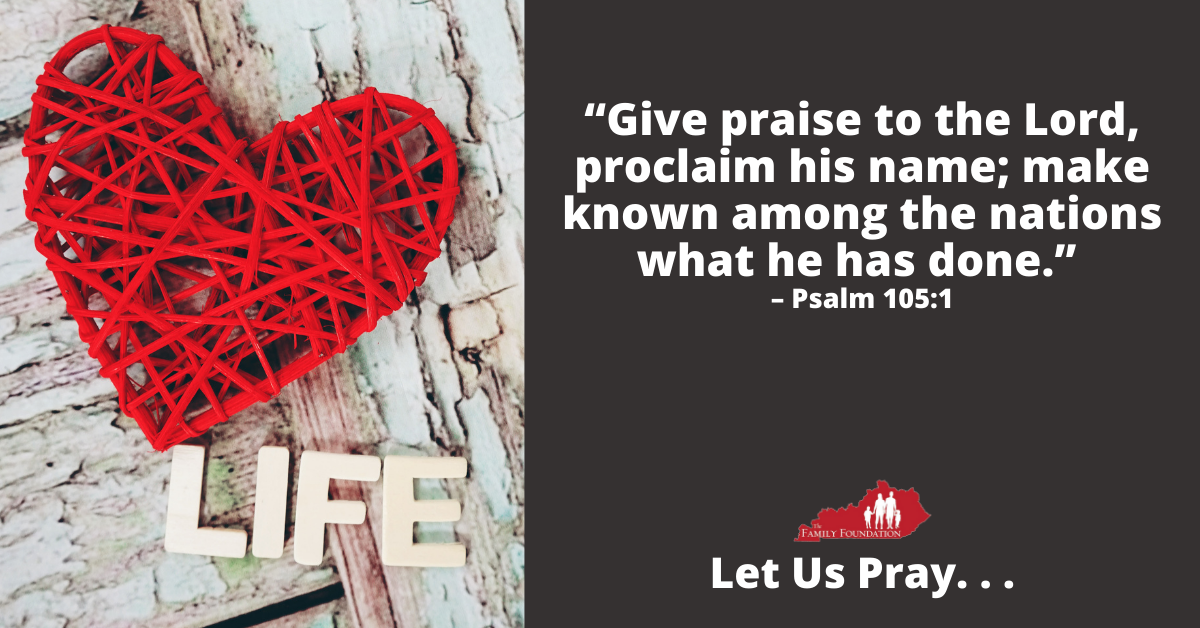 “Give praise to the Lord, proclaim his name; make known among the nations what he has done.” – Psalm 105:1

Praise be to God, 2021 has played out to be a record-setting year for the pro-life movement with the passing of many pro-life laws around our nation. More pro-life laws have been passed this year than any other year since the 1973 decision of Roe v. Wade that legalized abortion.

In this year, nineteen state legislatures, which includes Kentucky’s, have passed a combined total of 106 pro-life laws defending life. The second-highest year since the legalization of abortion in 1973 for the passing of pro-life laws was a decade ago, in 2011, with eighty-nine pro-life laws passed.

Without a doubt, with the passing of these pro-life laws in 2021, the pro-abortion movement is on its heels. It is clear from an objective standpoint, that the momentum is in the pro-life corner in the fight to protect life.

There is still much work to accomplish as there is still a notable number of Americans desiring to protect abortion rights. May 2021 just be a springboard for 2022 and beyond until abortion has been completely stamped out both in Kentucky and America.

LET US PRAY . . .
Father, we praise You, for this wonderful year that has been filled with the passing of pro-life laws. Father, we thank You, for the countless children who have been saved from abortion because of these laws that have prevented them from being subject to murder. Please, Father, give our Kentucky legislators the courage and strength they need to pass many more pro-life laws in our upcoming 2022 Legislative Session. Father, empower us, to courageously fight for life until every child in America is protected and abortion is no more. In Jesus’ Name, Amen.